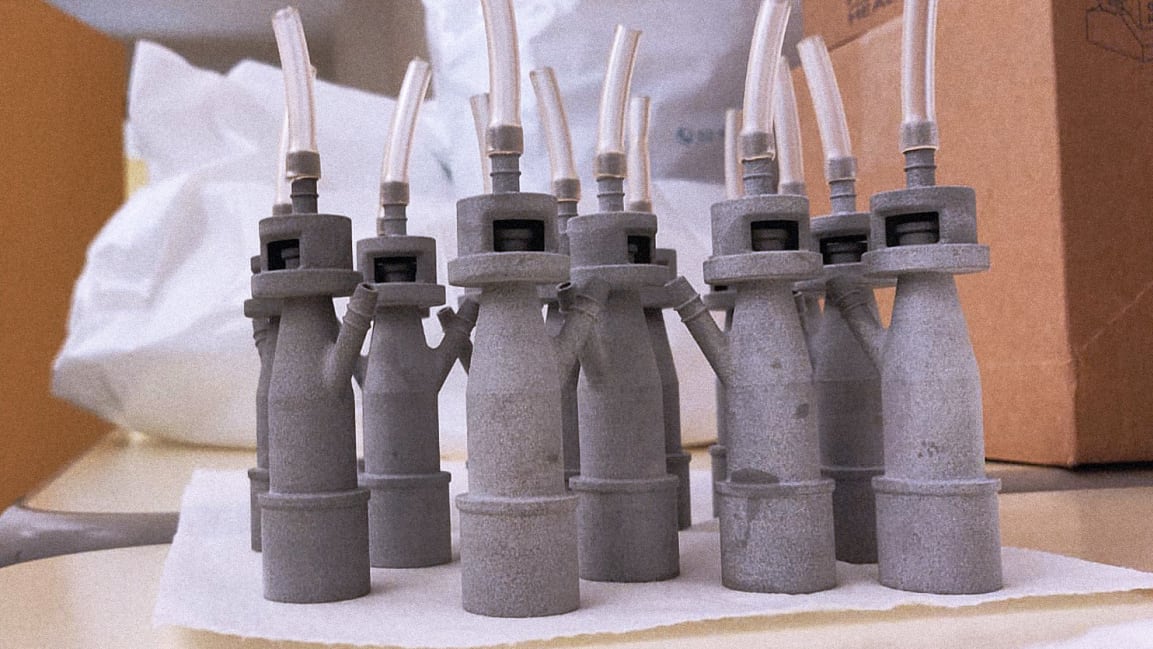 3D printing has come very far in society to the point that people are using it for practical and or life-saving measures.  Designers Cristian Fracassi and Alessandro Romaioli have recently pulled off such a task.

In Italy, COVID-19 has sent the people into lockdown to prevent the spread of the virus, and many have already been infected.  Hospitals were getting so full to the point that they would run out of room and beds for patients, as well as run out of materials and tools to help anyone infected, making the death toll climb higher and higher.

One hospital in northern Italy completely ran out of respirator valves, and a local manufacturer came out with 3D printed replacements.

After discovering the initial problem, Nunzia Vallini, a journalist for the newspaper Giornale di Brescia, made a call to Massimo Temporelli, the founder of a digital manufacturing company called FabLab.  The hospital had run low on the valves for respiratory machines (used to ventilate patients’ lungs), and it appeared they wouldn’t be able to get replacements in time to save lives.  Temporelli then recruited the CEO and founder of Issinova, Cristian Fracassi, along with Alessandro Romaioli, and relayed the problem.  They brought the situation to Michele Faini, an expert in 3D printing and developmental designer at LonatiSpA, and they set the wheels in motion to create 3D printed valves.

While the original manufacturers of the valves would not release the blueprints for their devices, Faini’s company was able to reverse engineer their design in no time, and Fracassi and Romaioli, the two who owned a 3D printer, got to work.  It was the company’s first time making products for the medical field, but they could print with PA12, a material used for medical purposes.  Within a few hours they had their first designs made, and by the next day they had already printed a hundred valves, even printing some of them in the hospital itself.  They had to act quickly on this collaboration, as it would save many lives once they could implement the valves.

It has been noted that the valves from the original manufacturer are still safer to make and use, which is why Faini does not want to give out their reverse engineered blueprint.  The original valves work better than the 3D printed ones, and some of the holes in the valves are difficult to print.  They must also be handled very carefully during manufacturing, including a very sterilized environment and constant use of gloves.

There was a rumor that the original manufacturers, known as Intersurgical, were filing an infringement claim against the 3D printed designs, but it has since been disproven.  While Temporelli was vague about if there was a claim or not, Intersurgical has stated that it has no intention to sue over the valves, and has not made any threats.  The 3D printed valves were needed in a time of crisis and it appeared they weren’t about to put a stop to others trying to help with the sudden demand.  Temporelli said they had to bypass the patent, but otherwise Romaioli and Fracassi have said that Intersurgical simply wasn’t able to give them the blueprints due to rules about company property.  They’ve also said the valves make a good temporary alternative while the originals are good for long-term use.

Man’s 2,995 Day Streak of Visits to Disneyland Ends After its Closure