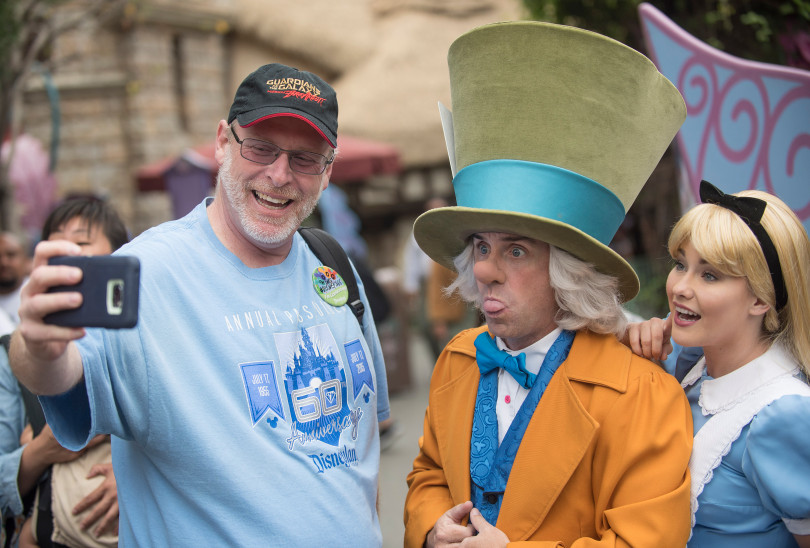 Jeff Reitz takes as selfie with the Mad Hatter and Alice after telling them of his feat of going to Disneyland for 2000 days in a row in Anaheim, on Thursday, June 22, 2017. (Photo by Nick Agro, Orange County Register/SCNG)
News

Man’s 2,995 Day Streak of Visits to Disneyland Ends After its Closure

For real though, who wouldn’t want to go to Disneyland every day? And that’s exactly what Reitz, a Disney superfan did for the past 8 years.

On March 13, Disney announced that it’s temporarily closing Disneyland to prevent coronavirus spread. This was also Jeff Reitz’s 2,995th consecutive day at the theme park, and sadly, also the last day of his streak.

Reitz was planning to seek a Guinness World Record for his consecutive visits to Disneyland. He said the longest streak he’s heard of ended after only one or two years.

Reitz said he still plans to visit the park sometime when it reopens, but he decided to not continue his streak.

Visiting Disneyland right after work every day for usually more than 3 hours has been like a part-time job as well as a good work out for Reitz.

Although his streak fell short of 3,000 days, it’s still a remarkable record nevertheless.

Now that he’s not going on his daily trips, he’s planning to binge-watch movies on Disney+ and do some research on genealogy.