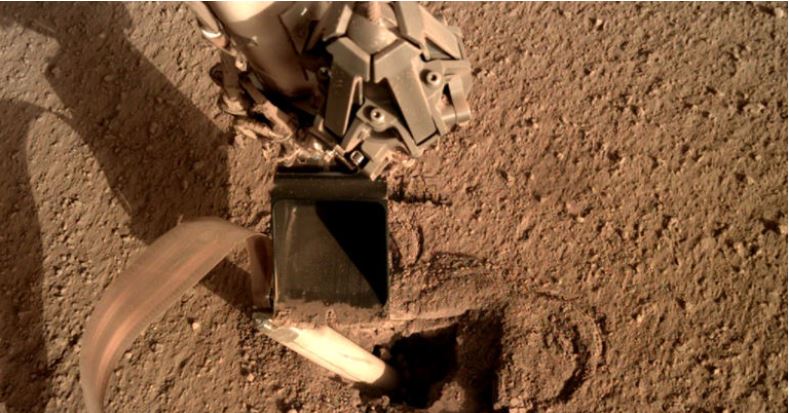 Someone at NASA just fixed something how I usually do. Well kind of. They’ve told the Mars Lander to hit itself with a shovel when it gets stuck in the ground and its worked! The probe was there to measure temperature fluctuation and determine how similar Mars’ core was to Earths.

The problem with it was that it was supposed to dig on the surface of Mars. Only the soil proved to be a different consistency than what they anticipated. So the poor little guy kept getting stuck. What could they do? It was on Mars and no one was there to pull it out of the dirt. So instead they sent instructions to it to just hit itself with InSight’s shovel.

How they fixed it.

They had to do many simulations before actually telling it to hit itself. In fact because of the delicacy of the project it took months of preparation. Popular Science reports, because it risked damaging fragile power and communication lines that attached nearby. Finally they were able to get it down the hole to pop it free of the clumped soil and things were back to business as usual.

This is just one example of how much actually goes into what they do at NASA. Everything is planned out to the smallest detail and if anything does go wrong they can fix it. Even if it’s just sending remote instructions for a machine to hit itself with something. Pretty Cool!