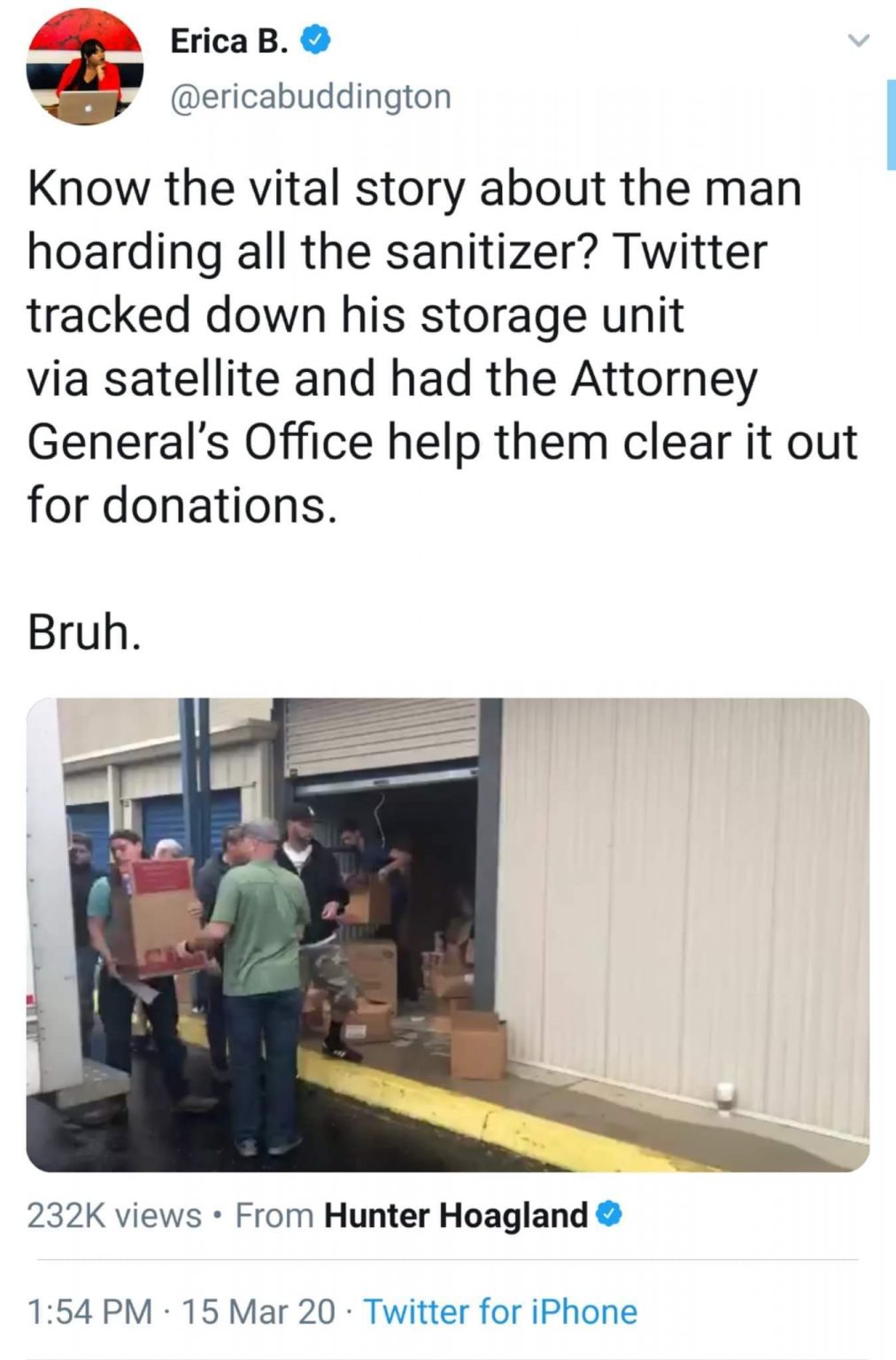 Tennessee Brothers Who Stockpiled Over 17,000 Bottles of Hand Sanitzer Forced to Donate It

Remember those brothers who greedily bought up all the hand sanitzer and then tried to sell it on Amazon? Well the Attorney General has ordered them to donate it. All of it. They have but this won’t get them off the hook legally for profiteering.

On Sunday, Matt Colvin helped volunteers from a local church place two-thirds of his massive supply onto a truck destined to deliver the products to Tennesseans in need. The last third was reportedly seized by the Attorney General to be distributed by authorities.

Matt Covin said to the New York Times, “It was never my intention to keep necessary medical supplies out of the hands of people who needed them, That’s not who I am as a person. And all I’ve been told for the last 48 hours is how much of that person I am.”

He also said that he had done this for years buying up stock and reselling it. It was just unfortunate that what he bought this time was unable to be replenished.

Though with the death threats and the angry letters he’s received that’s sure to have changed his tune. Of course people would be mad when you are trying to profit off of a basic need.

Luckily Amazon was able to shut down their selling account and stop them from selling any of it at crazy high prices. They may also have to face legal charges after all of this. That could include community service or paying a fine. If we were in Germany however, they could have faced up to 10 years in jail.