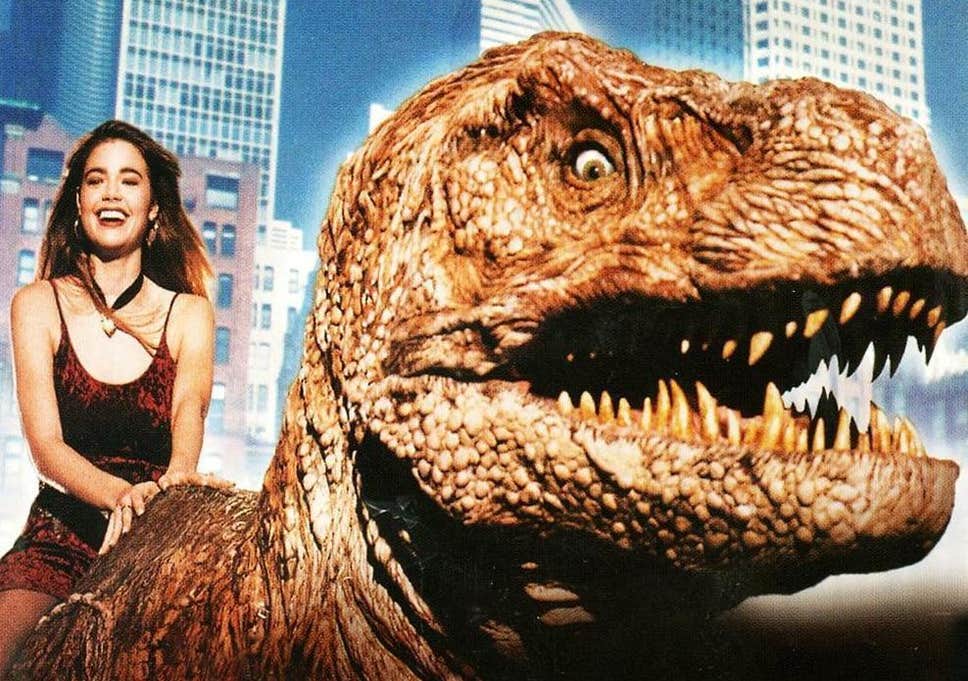 So for the next few weeks schools, businesses and homes are on lockdown! So what does that mean for us? Well thank goodness we still have the internet at our disposal. And we have a plethora of streaming services that we can choose from, many with a free trial of so many days if you don’t want to commit. I have come up with a list of five movies that you can stream that are so weird that you will want to watch them with your friends. But now that we’re all responsibly socially distancing ourselves, that means that maybe we just host a watch party on Facebook. I present to you five awesomely weird movies you can stream right now.

Tammy and the T-Rex (Hulu/Shudder)

An evil scientist implants the brain of Michael, a murdered high school student, into a Tyrannosaurus. He escapes, wreaks vengeance on his high school tormentors, and is reunited with his sweetheart Tammy.

I went into this not expecting the amazing story that was to come. It’s about a pastor who loses his parents in a car explosion. Then drives to China to find an ancient relic that transforms him into the “Velocipastor”. Along with his new Hooker friend who turns tricks only so that she can pay her way through college to become a doctor/lawyer, they go out and bring justice to the world with his newfound powers.

Color Out of Space (Shudder)

A secluded farm is struck by a strange meteorite which has apocalyptic consequences for the family living there and possibly the world. And it stars Nicolas Cage, America’s Greatest Living Actor.

If you enjoy watching Daniel Radcliffe act in whatever the heck he wants because he doesn’t have to try anymore. Then this may be the movie for you. If you haven’t seen it, it’s about a person who finds a corpse on a beach. That corpse is Daniel Radcliffe and he IS the “Swiss Army Man”. There are honestly too many scenes to cite in this but it is absolute gold. The amazing things that Radcliffe does with his body(like use his boner as a compass) are very funny and really weird. This one would be great to put on if you’re in a mood because it will 100% pick you up.

Young singers Alphie and Bibi have big musical dreams when they leave Canada to compete in the Worldvision Song Festival. Though the festival’s organizer, Mr. Boogalow, rigs the contest for others to win, he shows an interest in Alphie and Bibi, offering to sign them. But then Bibi is taken in by the evil, wild world of rock ‘n’ roll, and Alphie is determined to save her — even though Boogalow says he owns both her and her soul. There’s amazing music in this including a song about how America does Speed and a song about coming. It’s a really surrealistic film and you really have to see it at least once in your life. I’ve probably seen it at least 20 times showing it to new people and it’s quickly become a cult classic within our group of friends. If you watch anything, let this be it.