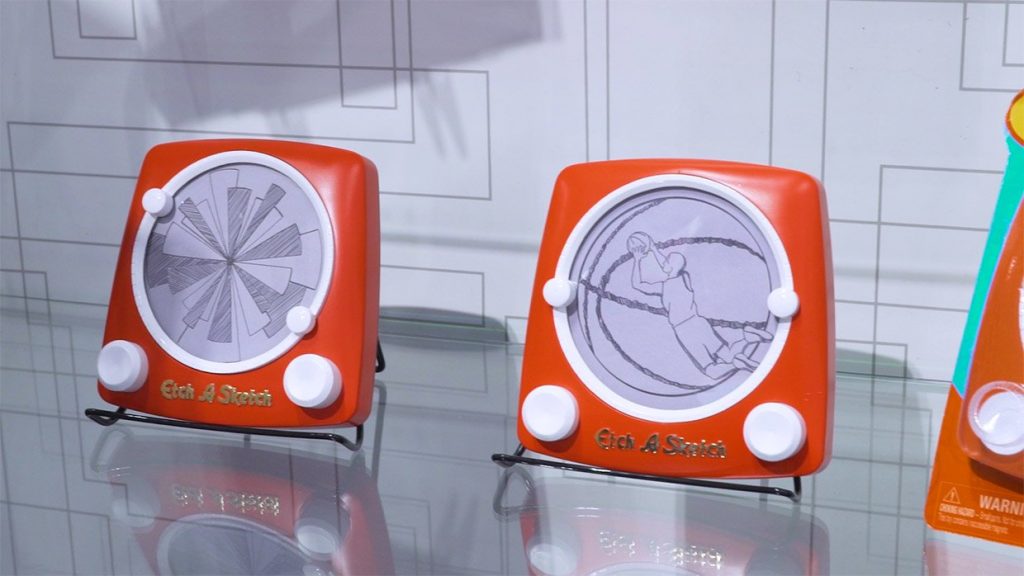 Many of us remember Etch-A-Sketch from when we were kids, but one of the biggest issues was drawing anything that wasn’t a horizontal or vertical line with the two given knobs.  Some people practiced and managed to learn how to draw some amazing things even with the limitations of only being able to move along an X and Y axis, and they managed to make diagonal lines and, in some cases, curved lines.

For those of us who weren’t quite this practiced, a new Etch-A-Sketch has been introduced: the Etch-A-Sketch Revolution.  And it can draw circles.

This new model comes with a circular screen rather than the usual square or rectangular ones, and has a dial around the screen that can be turned to draw circles where the drawing point is.  This definitely changes the game for those of us who would pick up an Etch-A-Sketch and try to draw something.  And what’s really cool is seeing that Etch-A-Sketch is still around after 60 years, what with phones and tablets having state of the art drawing capabilities.

With this new addition to the Etch-A-Sketch, which still retains its classic, old fashioned image, we have to wonder what new possibilities artists out there will be able to create.  And this new rendition of a beloved toy can be purchased for $10 come this July.