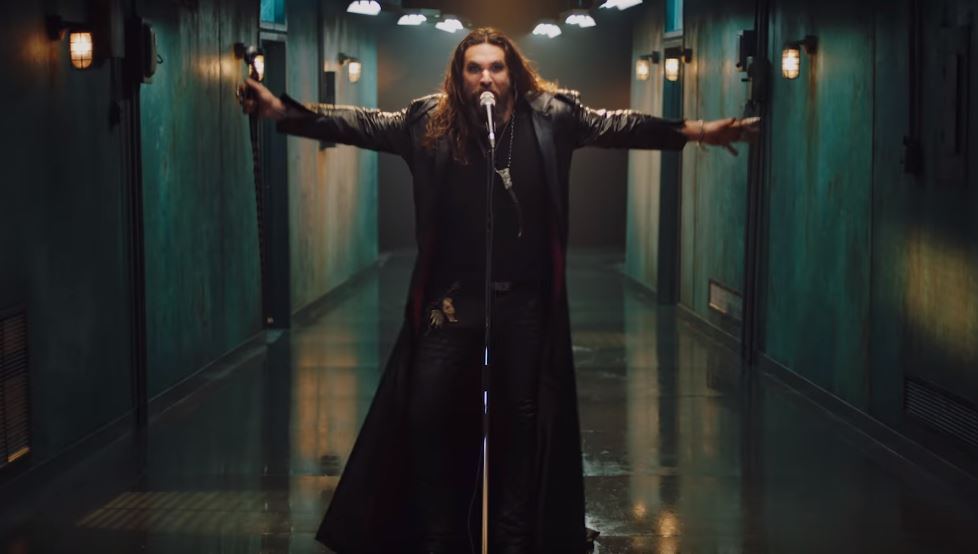 In a new video for Ozzy’s “Scary Little Green Men” we see a cloaked figure approach the microphone. Promoting Ozzy’s new album Ordinary Man Momoa has taken on the role of the iconic Metal superstar. Jason who is a metal head himself looks to be fully enjoying playing someone who is no doubt one of his rock icons.

Ozzy Osbourne the Prince of Darkness has been suffering some health issues lately. Making it hard for him and being a big part of the reason he cancelled his shows this year. He and Sharon are currently seeking treatment options in another country.