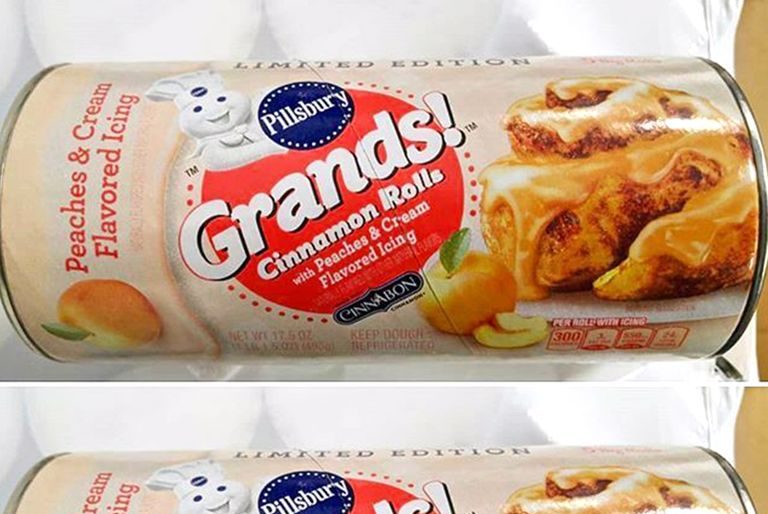 Growing up I loved Thanksgiving mornings, why you ask? Because Dad would sometimes make cinnamon rolls and boy howdy were they ever delicious. Even now, I will murder a cinnamon roll if it is placed in front of me.

Awhile back Pillsbury had a poll for a new exclusive flavor and the two flavors that battled it out were Birthday Cake and Peaches & Creme. Well the people spoke and peaches and creme won! One Instagramer that I follow is called @candyhunting and they always post the latest and greatest food to come out. Well food as in sweets (the good stuff), and they just released this.

Aw yeah son! Looks like I need to start stalking my local Stater Bros again. Because I HAVE to try this out, I am a peaches fan. But with cinnamon too!? Waiter I’ll have what she is having.