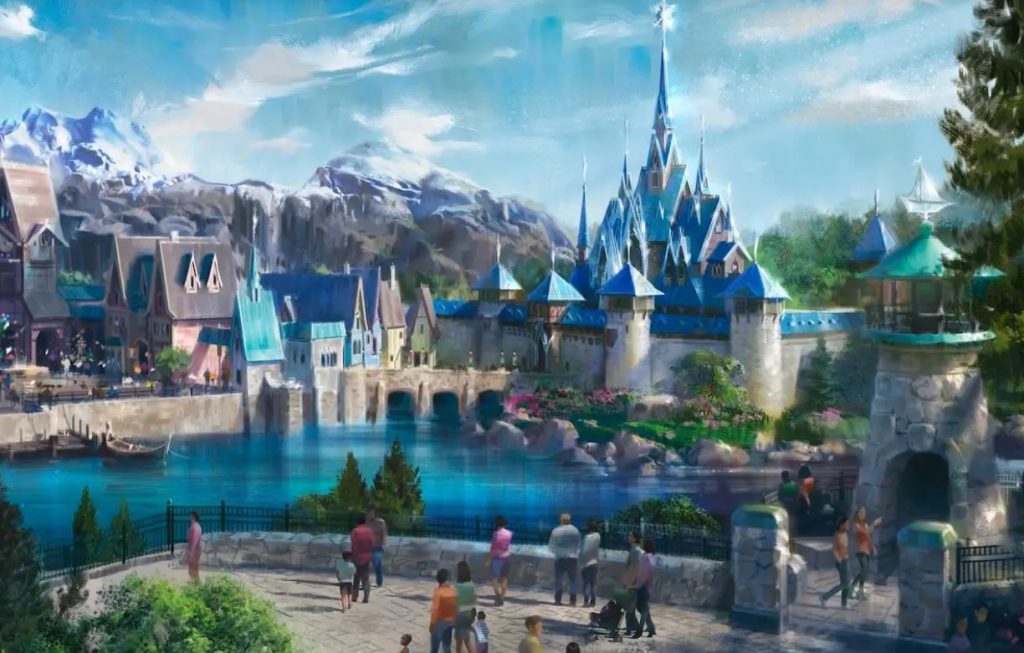 We have all been patiently waiting to see where they would add Frozen Land in Disneyland Paris. And now thanks to a tweet from OutsidEars we know where they are going to fit in the new land featuring Anna and Elsa.

Known today as “Frozen Land”, this new area will consist of an aquatic attraction, sister of the one under construction in Hong Kong Disneyland, two shops as well as a restaurant and a meeting place with two queens of Arendelle. #Insidears

It looks gorgeous, and kind of like how Harry Potter land looks in Universal studios. With the town at ground level and the castle up in the mountainside, just like Hogwarts. The concept art for the new land is also very beautiful.

Frozen Land is set to open sometime in 2023.