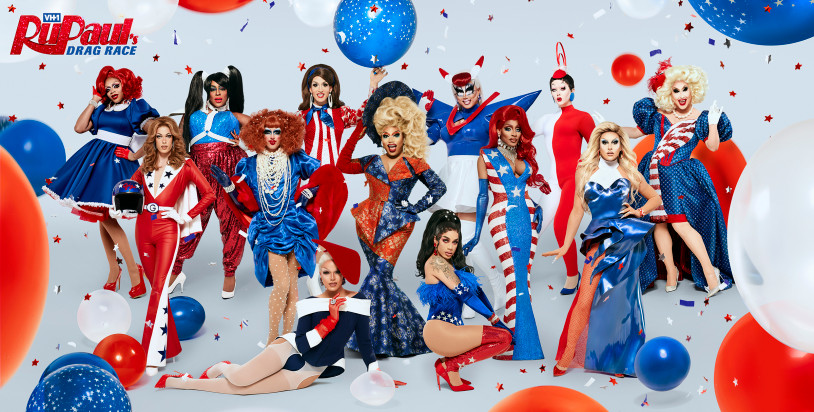 Gentlemen start your engines because the ladies of Season 12 of RuPaul’s Drag Race have been confirmed and announced. Let’s see who has the Charisma Uniqueness Nerve and Talent and can slay on the runway to snatch the crown from her competitors. Here are the girls!

* Brita (New York, N.Y.), a “hard-working Polynesian queen [who] captivates audiences with her famous lip-syncs… no less than seven nights a week.”

* Dahlia Sin (Los Angeles, Calif.), a member of the Haus of Aja who “wows the west coast with her urban brand of sexiness.”

* Heidi N Closet (Ramseur, N.C.), a small-town girl whose “infectious persona is sure to make her a global name very soon.”

* Jackie Cox (New York, N.Y.), a Canada-born Iranian queen who “now considers the New York cabaret stage her home. She loves to write her own shows and bring them to life.”

* Jaida Essence Hall (Milwaukee, Wis.), a queen who “always strives to be the essence of glamour. She originally wanted to be a fashion designer, and now gets to both live that fantasy and model her own gorgeous creations.”

* Jan (New York, N.Y.), “a musical theater queen and skilled singer who can belt in the original key of a female pop star’s song.”

* Nicky Doll (New York, N.Y.), “the first French contestant to compete in Drag Race. [She] relocated from Paris to New York City, where she enchants audiences with her European catwalk, high fashions and seductive charm.”

* Rock M. Sakura (San Francisco, Calif.), “an amalgamation of anime, manga, and anything pink. With her high-energy death-dropping performance style and dirty sense of humor, this is a queen who defies categorization.”

* Sherry Pie (New York, N.Y.), “a campy, polished queen who knows her references. And with Lucille Ball and Carol Burnett as her icons, she’s certainly learned from the best.”

* Widow Von’Du (Kansas City, Mo.), a Missouri girl who lives life out loud. This queen can perform the house down and dance circles around her competition.”

I am ready for the new season to begin! It will be on VH1 starting February 28th!