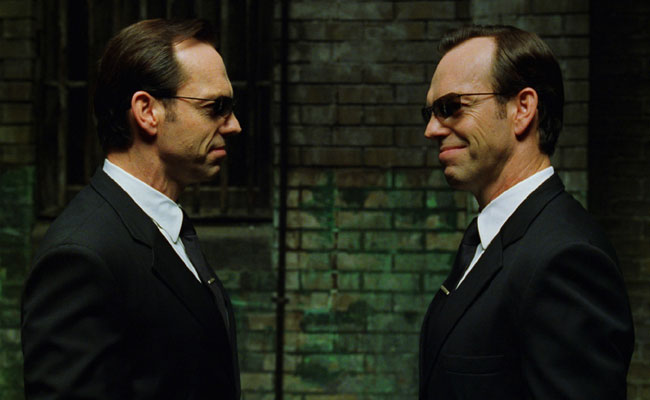 With most of the original cast returning to play their parts from previous Matrix movies, like Keanu Reeves and Carrie-Anne Moss, we were all hopeful that would mean Hugo Weaving as well. Unfortunately due to the timing of the filming he was unable to return to the franchises fourth movie. Though they originally wanted him back as Agent Smith they will now need to reconfigure what was already set in motion.

“It’s unfortunate but actually I had this offer [for The Visit] and then the offer came from The Matrix, so I knew it was happening but I didn’t have dates.” Weaving said to Time Out London. “I thought [I] could do both and it took eight weeks to work out that the dates would work – I held off on accepting [a role in The Visit during that time]. I was in touch with [director] Lana Wachowski, but in the end she decided that the dates weren’t going to work. So we’d sorted the dates and then she sort of changed her mind. They’re pushing on ahead without me.”

It’s true that he was one of the most iconic characters of the film. One of the most recognizable faces being that he had so many when he was fighting off Neo. They have replaced actors before like when Oracle passed away and was recast, but to have the actor living it wouldn’t make sense. Now if they could maybe get someone who sounded like him to wear a motion capture suit and then get him to agree to use his likeness that would be an option but ideally you would want the real thing.

We still don’t have any details on the plot for this film but Lana Wachowski has the story already set. Now it may be a matter of writing him out of the script and rearranging it so that it makes sense without him. It’s a shame that we won’t get to see Weaving in action again but these things tend to happen from time to time.