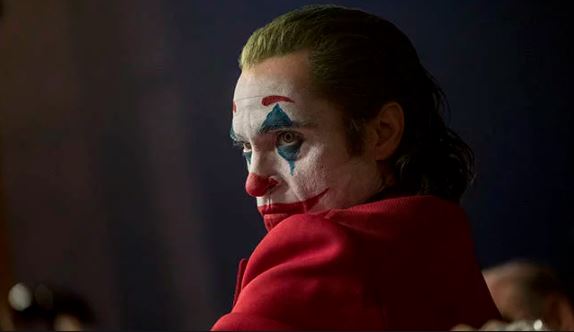 The ending of Todd Phillips’ Joker is a topic that will be discussed for years to come. Like a modern equivalent of wondering what is in Marcellus Wallace’s briefcase.

So now comes the part where I’m supposed to let those of you who haven’t seen Joker to stop reading because I’m totally going to discuss the film’s ending… and an alternate ending I’m still trying to wrap my head around.

In the final scenes of the theatrical version of Joker we saw Arthur Fleck put a bullet through the head of his favorite talk show host Murray Franklin which sparked a major societal fire in Gotham. Forgotten citizens, now inspired by an unlikely prophet, sent a shockwave of chaos through the city. During the riots, a key plot point takes place when Thomas and Martha Wayne were murdered in front of their only son Bruce. More on this momentarily…

Following Arthur’s bloody smile transformation into the Joker, we are taken to a mental institution where our main character is having a conversation with one of the doctors. Fleck, or no make up Joker depending on your perception of the film, sits quietly for a moment as the camera quickly flashes back to the Wayne murders, then when we resume in real time he chuckles to himself as if making a joke. When his caretaker asks for clarification, Arthur simply says “oh you wouldn’t understand” or something along those lines.

I was under the impression that the joke was in becoming Joker, Arthur inadvertently created greatest adversary. But we’re not here to talk about an ending you already saw.

On December 30th, ConsequenceOfSound.net reported that Kevin Smith discussed an alternate ending for the film during and episode of his Fatman Beyond podcast. Around the sixteen minute and forty seconds into the conversation, Smith reveals that Joker could have ended with Arthur Fleck murdering Thomas and Martha, then immediately killing a young Bruce Wayne…

“Originally, the ending in the hospital was different. He’s [Joker] in the hospital and he laughs, chuckles, and he says, ‘I was just thinkin’ of something funny. What was supposed to happen was you flashed back to the death of Thomas and Martha Wayne and it was him killing Thomas and Martha Wayne and the boy [Bruce Wayne] was screaming and crying and he turned to walk away and he turned back, shrugged, and shot the kid. Credits.”

It makes me wonder exactly how many different ending scenarios were tossed around the campfire before deciding to go the route they did. Either way, after hearing about a dead Bruce Wayne I’m happy with the finale we got. Joker was a pretty dark and twisted tale without the cold blooded murder of an innocent child. I actually think it would have been a little much, even if it’s implied.

What do you think of this alternate Joker ending? Let Nerdbot know in the comments!!