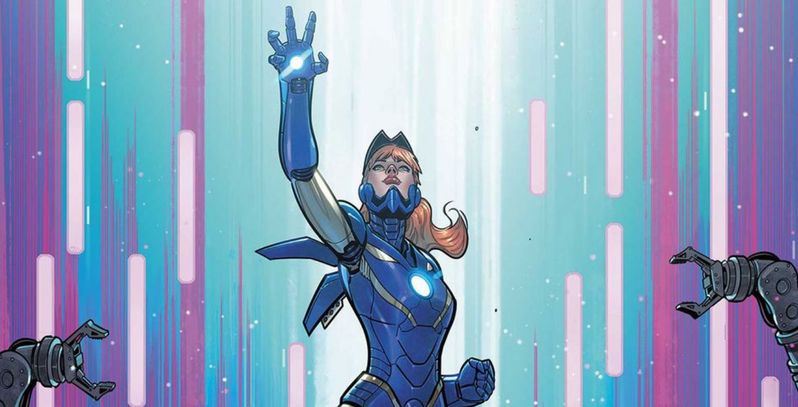 Most people who haven’t read the Marvel comics got their first taste of Virginia ‘Pepper’ Potts as Rescue when Avengers: Endgame was released. For some who have kept up with the Iron Man series they were first introduced to Rescue back in 2009 when she was given her own variation of the Iron Man suit.

Rescue is set to make a comeback in the new series Iron Man 2020.

According to resources run will focus on Pepper and her post relationship with Tony himself.

“Pepper Potts moved on from Tony Stark. She’s getting her life together, finding her place in the world,” the synopsis for Iron Man 2020 reads. “Unfortunately, that’s exactly when Tony Stark decides it’s time for a full-tilt, full-blown meltdown. And if Pepper can’t suit up and save the day, Tony is toast.”

Rescue is set to hit shelves in March 2020, head down and add to your pull ASAP!