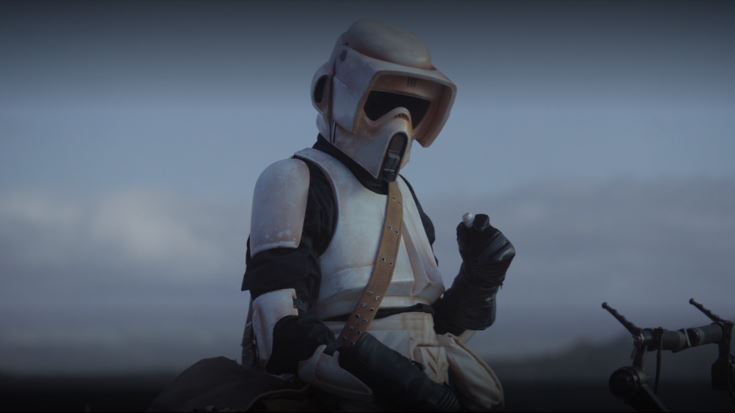 To the surprise of everyone a very familiar voice graced the screen of the eighth episode of The Mandalorian. Written by Taika Waititi the banter at the beginning of the episode was top notch. He also wrote Thor: Ragnarock so the dialogue is similar to what you would see in that film. Kicking the episode off with a bang, or more like a punch to the Baby Yoda, Sudeikis stunned us with his hilariously evil portrayal of a Scout Trooper.

Not so much that he was a bad guy more like a stupid stormtrooper. After reaching a checkpoint two troopers make small talk. The Child starts making noise and to quiet it Sudeikis punches him, hard. The gag is that the second scout trooper(Adam Pally) wants to see the baby so badly that he even uses this as an excuse to “check to see if it’s still alive”.

If this scene is enough to intrigue you into watching the first season, and you haven’t seen it yet, then I’ve done my job. The Mandalorian had a very strong first season and if you were waiting to watch all the episodes during your “free trial period” then you can now easily do it. Go ahead, sign up! And then cancel right after, if you want to..