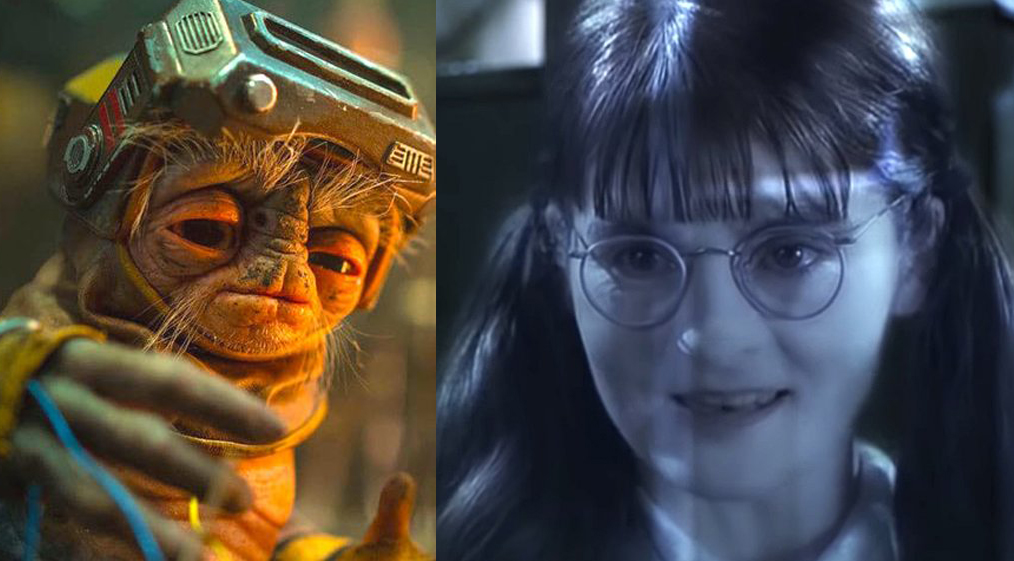 Babu Frik & Moaning Myrtle Are Both Played By Shirley Henderson!

One of the biggest characters in Rise of Skywalker, or littlest in this case was Babu Frik. You know, the one that pretty much had the key to the team in Rise of Skywalker to be able to go on the rest of their journey? I won’t say more than that for those of you who haven’t seen it yet but you should know that he is absolutely adorable. And here’s a fun fact! Also voiced by Shirley Henderson who voiced Moaning Myrtle in the Harry Potter films!

Can you hear it! At about 35 seconds into the second video Moaning Myrtle speaks and you can definitely hear Babu Frik’s sounds in there. Shirley Henderson has played all kinds of roles including Ursula Blake in Doctor Who, but we want to hear her do a lot more voice acting in the future. She’s definitely got the talent to do it!

What did you think of her as Babu Frik? Have you seen the movie yet? Tell us in the comments what your favorite Frik moment was!