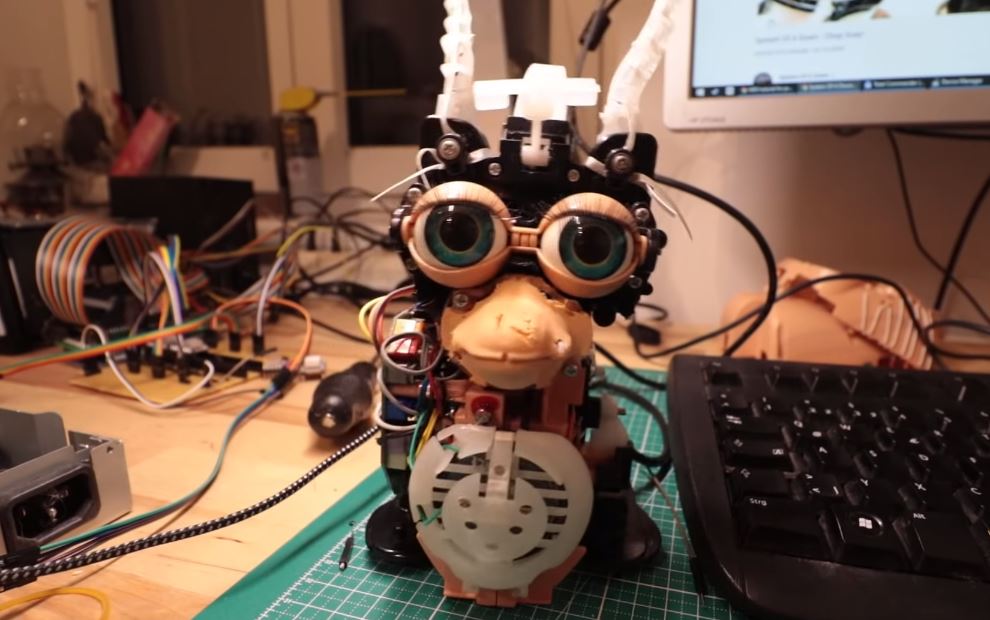 Nothing was creepier in the late 90’s than having a Furby start talking to nothing. They were supposed to be running on a sensor when they reacted to you so when they would just go off, you would suspect it was a ghost or some other ungodly creature. I personally would stuff mine in a drawer at night and then put something in front of the dresser so it wouldn’t crawl out and kill me in my sleep. Heck my sister even lit one on fire to watch it burn because she was so creeped out by it. She’s also kind of cool so yeah, lit it on FIRE.

Well one guy decided to make his Furby infinitely cooler by stripping it down to the bare mechanics, which actually makes it way less creepy to see how it works. Instead of pretending its some cute thing covered in Fur. Oh, I just got it… FURby. Anyway he’s hooked it up to his computer and taught it to sing one of System of a Down’s most iconic songs Chop Suey. Now if we can get this thing to sing every song of their first self titled album and then everything from Toxicity and Mesmerized we’d have a show I would want to watch!

Also if he can program the different parts that Serj and Daron sing, that would be epic. You can follow him on Youtube by clicking the link here. You can also follow his blog by clicking here. Seriously he does some amazing things with electronics and there is even how to pictures. So you too can have a singing Furby.