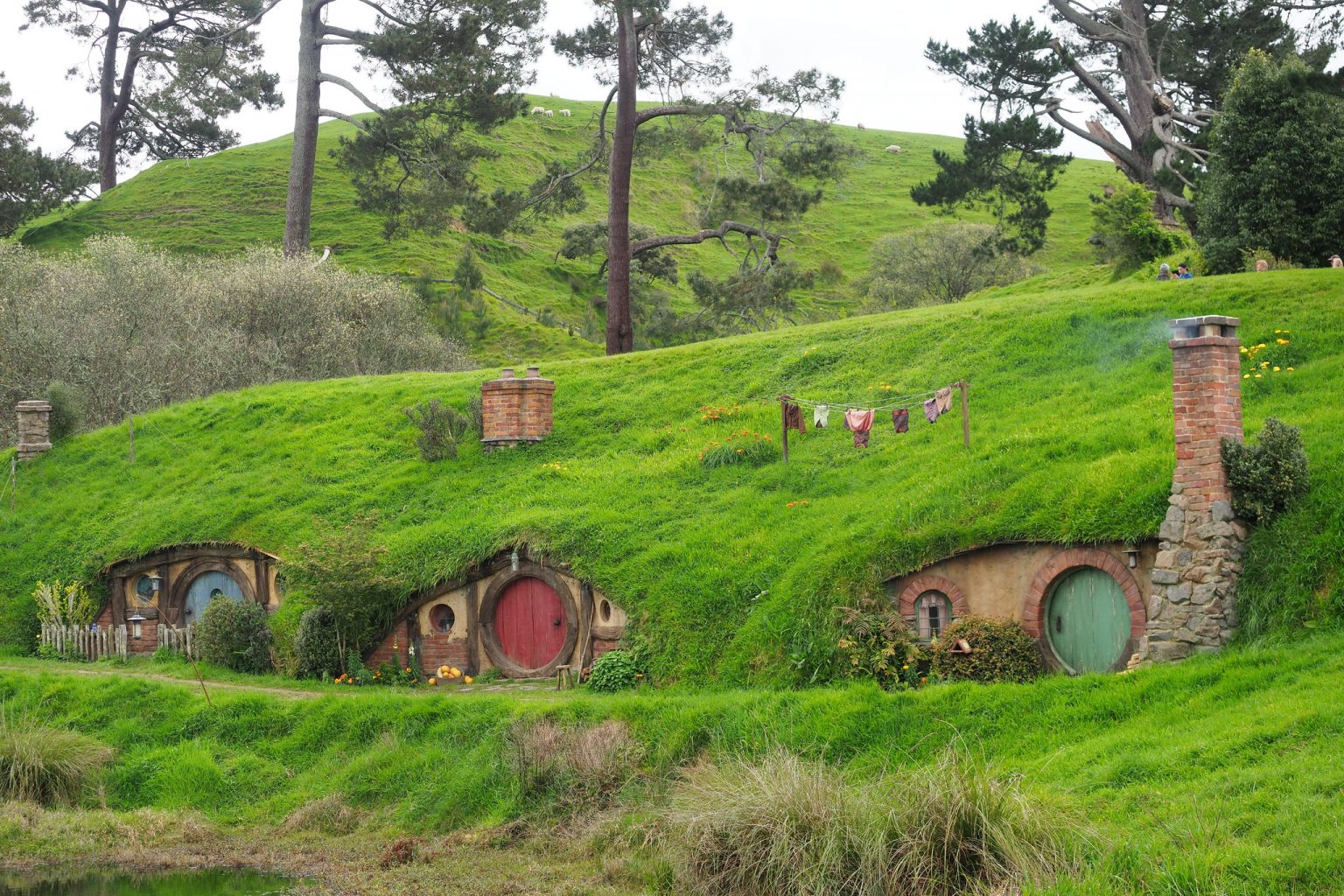 New Zealand has always been a popular place to visit. But it’s been the Lord of The Rings and Hobbit movies that have really put it on the map for a whole new generation of tourists. It’s been a real boost for the country’s economy and, while not making quite as much money as the movies themselves, it’s something that holiday companies are keen to exploit.

So if you’re ever lucky enough to head for the so-called “land of the long white cloud”, here are five places you just have to add to your itinerary.

Just a couple of hours south of the North Island’s Auckland you’ll find Rotorua which is the home of Hobbiton. Come along and you’ll find that the area’s just as lush and verdant as it was in the movie, but minus the hobbits themselves. Never fear though. You can still explore quite a number of abandoned hobbit holes, including the famous Bag End and stop off for a drink in the Green Dragon pub before setting off to explore the rest of The Shire.

The Park was the hangout of the Dark Lord Sauron and at its heart is the imposing Mount Ngauruhoe which featured as the ominous Mount Doom. Intrepid trekkers head to the summit to throw rings into its crater to save Middle Earth. If they’re looking for luck, they might be better advised to visit New Zealand’s biggest casino bonus website where they will find a wide selection of online casinos, with a number of them offering a Lord of the Rings slots game to play as well.

As soon as you arrive, you’ll recognise that you’re near the Fangorn Forest. The area’s soaring mountains and mighty waterfalls are so spellbinding that you’ll soon appreciate why it was so widely used as a location in The Two Towers. It’s also where you’ll find the Great River Anduin and the Dead Marshes, all in the shadow of the mysterious Misty Mountains. No wonder at all that it was one of Peter Jackson’s favorite shooting locations.

Nothing says Lord of the Rings more than Rivendell, and that’s where you’ll find yourself when you visit the Kaitoke Regional Park. Admittedly, you’re more likely to find bikers, hikers, and walkers than characters from the film, but the wide-open spaces mean that it still maintains its atmosphere of quiet tranquillity. So, with just a little imagination, you can find yourself in the real Rivendell as you try hard enough.

Our final port of call is where so much of the magic was made to happen in the Weta workshops. Best of all, you can take a tour of the Weta Cave where you’ll find artefacts and life-size sculptures of the films’ main characters as well as taking part in prop-making workshop yourself.So, all in all, it promises to be the trip of a lifetime that any even half-keen LOTR fan would love!