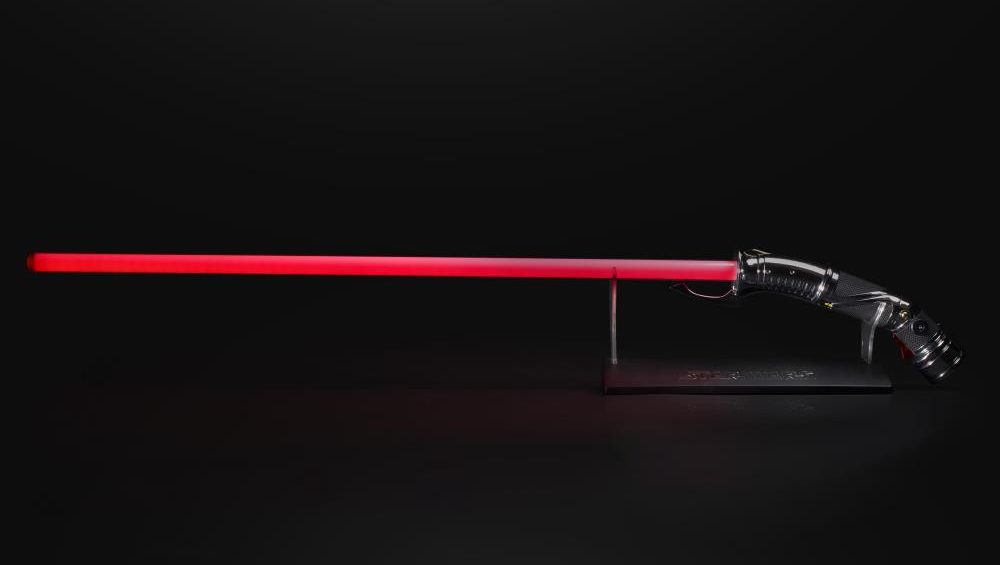 Details on the Lightsaber

How You Can Get For Under $180 Shipped

Over a decade ago, Hasbro Signature Series surprised us with Count Dooku’s replica lightsaber. Today, if you were to try and purchase it off of ebay or a similar site, you’ll be looking at upwards of $1,000! Yikes!

Well, thanks to Gamestop and their current promotion…and an oversight? You can get it for under $180 SHIPPED!

Gamestop is currently running an online only promotion for collectibles. You save 25% off of in stock collectibles when the total is $100 or more, which also combines with their OTHER promotion, free “edge shipping” on orders over $35! Now, in stock means available now, as you will see that collectibles available to pre-order do not receive the 25% off coupon in the cart. However for some strange reason, Count Dooku’s Force FX Lightsaber qualifies. If I had to guess? The release date on Gamestop’s website is TBD, while most coming soon items have an estimated date. I’m guessing it’s a flaw in their online system?

‘Tis the season to give…or give to yourself! Thanks Gamestop!

**We are not sponsored by Gamestop or earn any commission but if they wanted to send us some cool stuff, we’d be down for that!