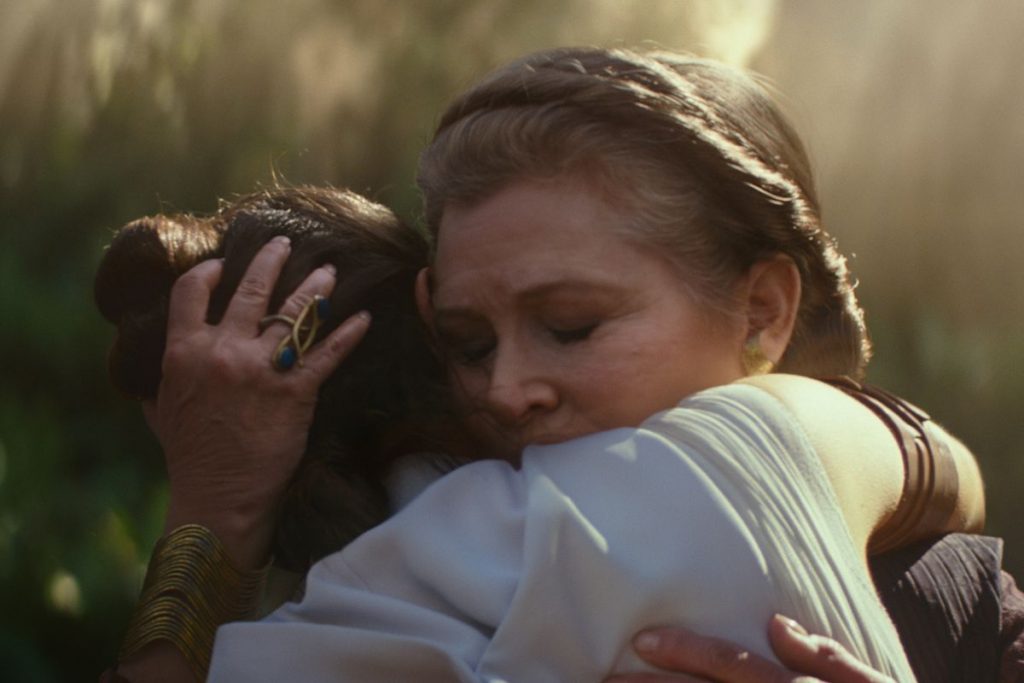 In a Dec. 4 interview with FOX News 5, J.J. Abrams spoke about the process behind filming new scenes without Carrie Fisher who passed in 2016 before the release of ‘The Last Jedi’.

“When you are pulling from 7 and 8 for Carrie Fishers footage and not using a CGI version of her character in her in the movie, – which, thank you for doing that – I was curious how much of the writing of Skywalker, had to be around what you had available from Carrie. Did it change any of the story telling for you?”

“Well, We hadn’t written the script before, so we started from scratch and we started telling the story knowing we had to use Leia in the story. Knowing we weren’t going to use digital. Knowing we weren’t going to recast it obviously. And we went back to look at footage that we had from 7. There was nothing that we used from 8. We looked at the Force Awakens footage and we had opportunities with certain scenes to use shots that Carrie was in. We wrote the entire scene around Carrie. We shot the Entire scene around Carrie. We re-lit when we shot the new scenes, we lit the set, I choreographed the shots, composed the shots to the old footage.”

“The Actors would look at the footage and we would do their side of the scene. And whats really remarkable is, there are some really sweet, intimate, personal moments, that these actors – They were with her in those scenes.”

In the interview, Abrams also indicates most of the pre-recorded footage used is primarily from Episode 7. Kevin also interviewed the rest of the cast of ‘Rise of the Skywalker’ which is slated to come out Dec. 19.  You can watch the entire interview here: