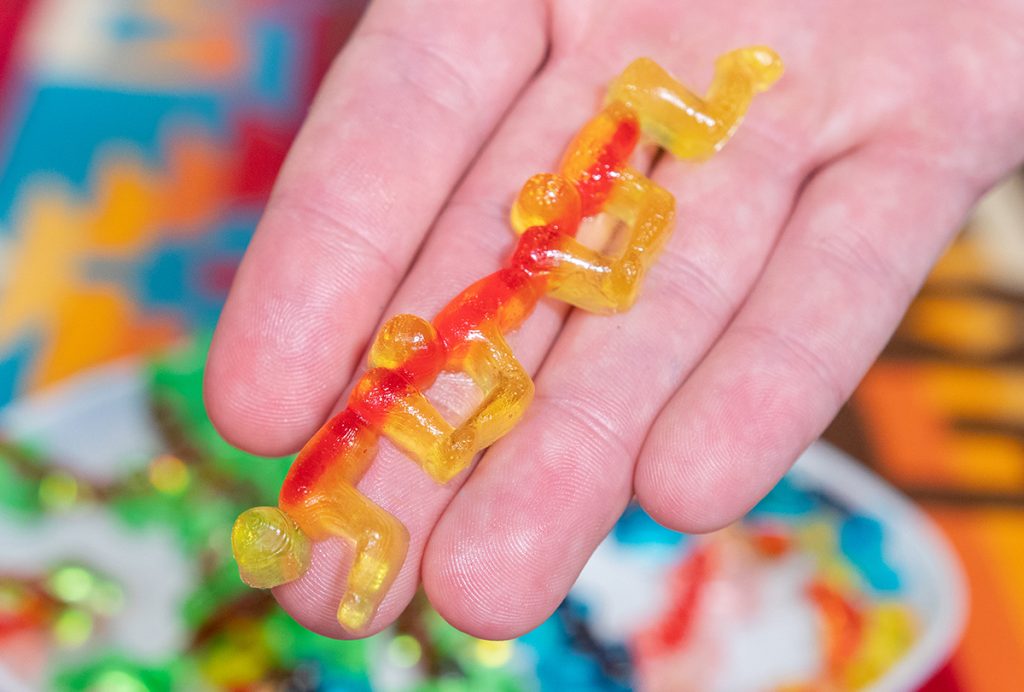 If you remember the Human Centipede films.. well that’s nice. If you don’t because you haven’t watched it then you certainly remember all the talk about the film. There was a huge buzz about it, not exactly good or bad but what it was about was something that hadn’t been thought about or seen in a movie before. This movie had people talking about the weird science experiment that was the center of the film with people sewn together and dying in horrible ways. And now someone has decided to make gummi bears out of the whole situation!

These gummies are linked together head to butt, or butt to head, however you want to look at it. It’s kind of a glass half full or half empty type situation.

It was initially for a Halloween project but I would argue that these are a year round delicacy.

You can follow Unnecessary Inventions on Youtube or check out the main page here. Matt Benedetto originally started this as a design project and it grew into a web page that sells and showcases unnecessary things. But are they though? I mean who wouldn’t want a baguette pack?