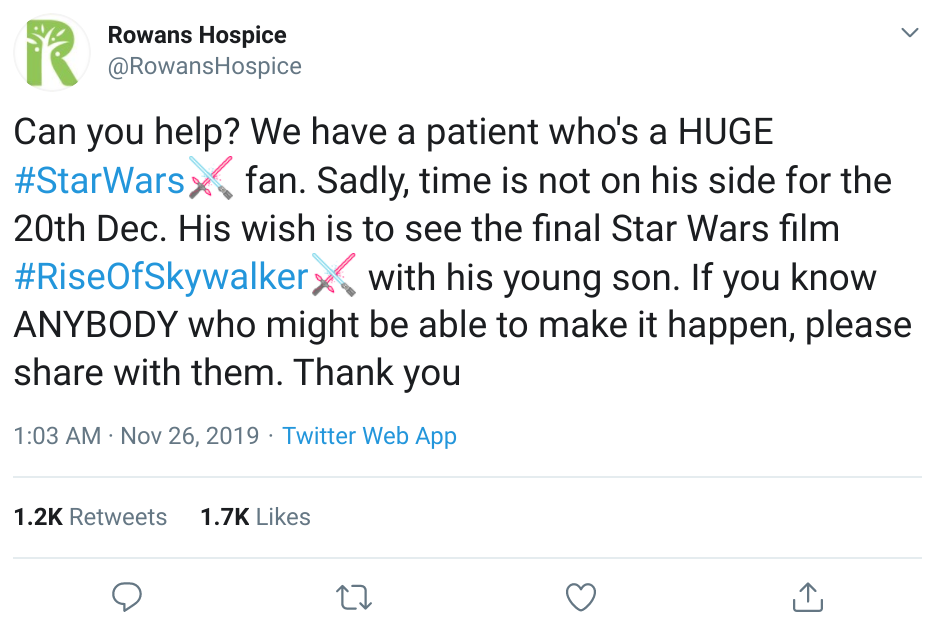 A little bit of Disney magic was given to a very special family today. Bob Iger has confirmed that a dying man and his son will be able to see The Rise of Skywalker before its general release. This comes after a tweet where Rowans Hospice in Waterlooville, Hampshire sent out a plea on twitter, asking if they could do something for the man in his final hours.

The hospital also tweeted at J.J. Abrams and Mark Hamill who then retweeted the original post. It got Bob Iger’s attention and he jumped into action. Then he tweeted,

A heartwarming story but also very sad. It’s nice that this father will get to spend some of his last time on this earth sharing this experience with his son. And it’s something that his son will surely remember forever.