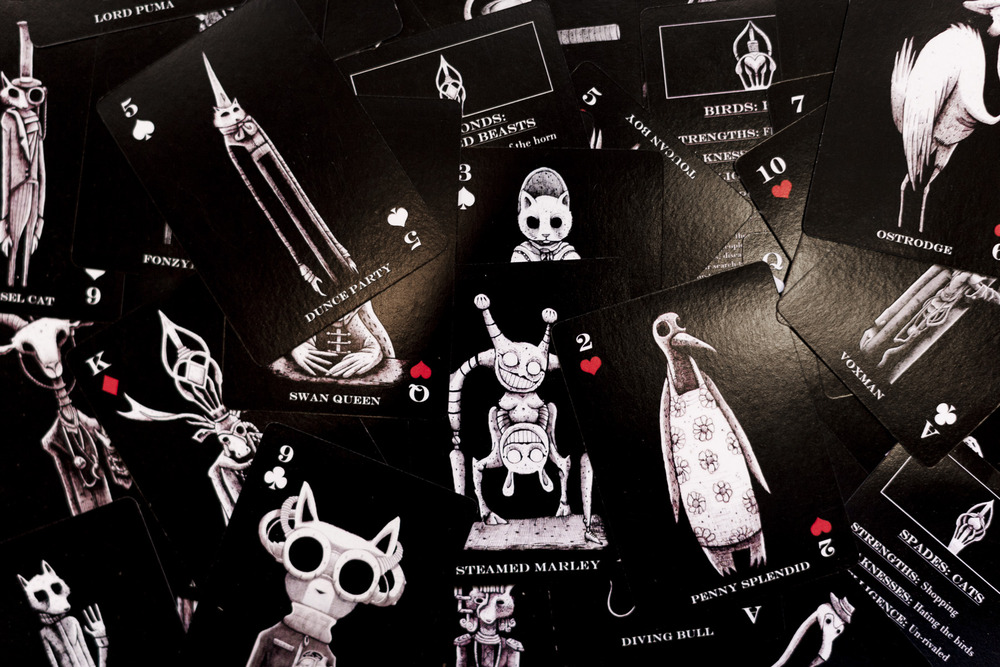 Four of the Coolest Card Decks Around

Invented in ninth-century China, playing cards have been one of the most popular forms of entertainment since time immemorial. Offering the chance to indulge in an array of games, from the most basic incarnation of snap through to poker, patience, and rummy, owning a deck ensures hours of enjoyment.

But not all card decks are created equal. With over 100 million of them printed each year, those with a passion for gaming and a talent for creativity have come up with some incredibly cool designs. Here are four of the best.

Despite having been around for over a thousand years, card games – both online and off – remain incredibly popular. The former, in particular, have gained an ever-growing following in recent years, with many opting to play roulette games online, along with poker, blackjack, and more at providers like Regal Wins. Although this offers an easy and convenient option for those who wish to experience the thrill of casino gaming from their own home, it’s still nice to have your own pack of cards to hand, and this beautiful black deck from Balance Wu Design is a great choice. With CGI-inspired tessellated profiles for the face cards, it’s cool, quirky, and gorgeously crafted.

Mr Mead is the Tim Burton of the design world. Famed for his creepy characters and gothic imagery, his work is inspired by a suitably eccentric childhood fear: animals dressed as humans. It is this cadaverous collection of creatures that adorns his strange and entirely original pack of playing cards, with the four suits each featuring a different species: beautifully drawn birds as hearts, horned beasts for diamonds, foxes as clubs, and cats as spades. Play them at your peril.

Game of Thrones has taken its place as one of the most popular fantasy series ever created. With both the original books and the later TV show acting as source material for content creators across the globe, it seems unsurprising that somebody seized on the idea of creating a deck of themed playing cards. These are brought to us by Etsy user Paul Nojima, who was inspired by a project that began as a piece of fan art. Containing beautifully drawn images of some of our favorite characters, everyone from Lannister to Stark appears here.

When it comes to creating playing cards, most designers opt for form over function, but not so with Theory 11. Deciding to create the world’s finest deck, they delivered this beautifully embossed option complete with delicate golden accents. While this won’t give you an advantage when it comes to the games themselves, there’s something undeniably delicious about the weight of these wonderful cards in your hand, and the navy-blue box they come in is a work of art in itself.

Isn’t it time you invested in a new set of cards? With so many cool and quirky options to choose from, you’re sure to find yourself spoilt for choice.