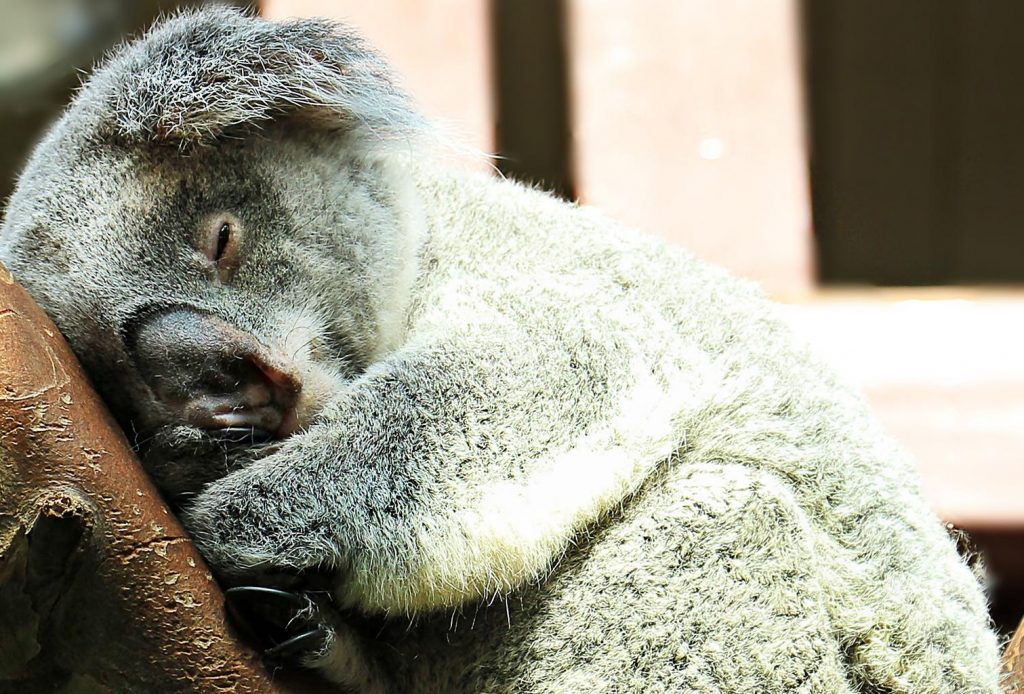 Sunset on the Last Wild Koalas

Australia has been suffering from massive wildfires. Australia is roughly the size of the continental US… so, it’s big. But thanks to climate change they are in trouble. On November 11th there was almost no rain on the entire continent. No rain was forecast but a little bit did fall in a couple of spots.

Almost no rain for an entire continent.

Rivers are running dry. Fires are devastating the countryside. And Australia isn’t just a Mad Max desert. Australia has wetlands, mountains, temperate forests, grasslands… and even the rainforests in Australia are on fire. And unlike the Amazon and African forests who have fires largely set by illegal loggers and farmers, Australia is just too damned dry.

And thanks to all these fires and a host of other issues, koalas are possibly functionally extinct.

As a species, there are still koalas in some number. A functionally extinct species is one that has fallen over the edge of possibly returning to a healthy population to heading toward total extinction in the wild. If there are not enough healthy, reproducing adults, even if the species persists, it won’t ever be an important part of the ecosystem again. Though some argue they aren’t functionally extinct – YET – but they certainly need protections.

The fires Australia is seeing are some of the worst on record for the country. They have also wiped out nearly 80% of the remaining woodland habitat koalas need, and some 1,000 or so koalas have died from the fires. Of the remaining habitat that has burned, it might be 80% or less of the original habitat they had in Australia. That means koalas are down to just 20% of the 20% of habitat they have left since Europeans arrived. And there could be as few as 40,000 koalas in the wild.

Koalas (technicaly Phascolarctos cenereus) are arboreal herbivores. They are also marsupials that live fairly solitary, slow lives. Although they can range far from tropical to temperature and from wet to dry forests, they prefer river corridors and need high protein eucalyptus leaves. They also space out pretty far and don’t interact when they aren’t mating. As such, their lifestyle isn’t exactly conducive to suburban or urban life around people.

Koalas need a lot of room and a lot of healthy trees of specific species to survive. Compare that to similar sized species that are doing fairly well in cities and suburbs, like raccoons and American opossums, which are usually generalists that can live in high densities. Koalas are in trouble.

Though koalas will persist, without protections they won’t be a viable wild species anymore. If drought, fires, and deforestation continue in Australia for a few more years, koalas will be animals found only in zoos.

What wild animals do you hope survive all of our human activities? Let Nerdbot know in the comments!