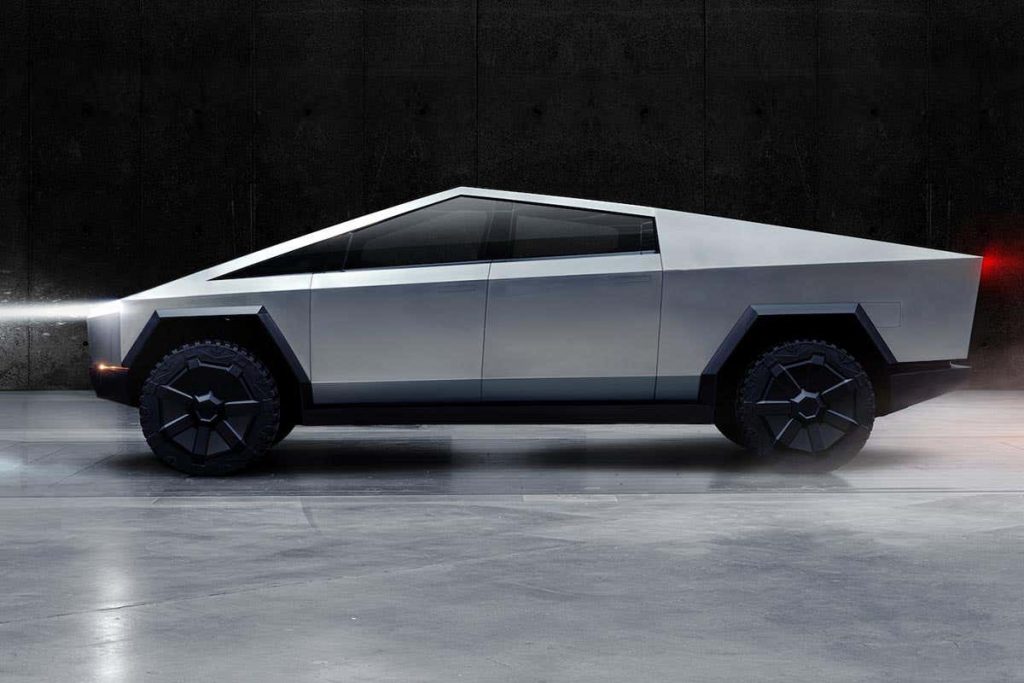 The Tesla Cybertruck is Glorious

Tesla (TSLA) is the brainchild company that Elon Musk and his gang of geniuses started to bring electric cars to the masses. The company has had its ups and downs, but this week they unveiled an amazing machine. Tesla now has a pickup truck… uh, Cybertruck

Tesla’s Cybertruck is an angular monster with a 6.5 foot bed that’s roughly the same dimensions as your dad’s F-150 or your uncle’s Ram. But unlike those boring play-it-safe trucks, this thing is straight out of a futuristic nightmare. It’s angular to levels Cadillac could only dream of and brash to levels that make a classic muscle car feel like a grocery getting wagon.

If Tesla had entrance music for the Cybertruck in some kind of pickup truck death match, it would be Bobby Roode’s Glorious Domination. It was unveiled at the LA Auto Show, which I missed, so maybe it did come out to a WWE track and ran over the aging competition. Tesla’s truck is insanely bold and different in the way that American cars USED TO BE. It’s the modern version of the fins on a 50’s Cadillac and, quite frankly, I love this thing. I will get one as soon as I need a car.

The base Cybertruck is expected to have a payload rating of around 3,500 lbs. and a towing capacity of 7,500 lbs. or so. If you want to, you can go from RWD to AWD for the snow dwelling folks. Expect the top level truck to get about 500 lbs. on a charge and cost around $70,000. Though the entry truck will only be around $39,000… or the cost of a well equipped family SUV for a crazy jagged edge concept machine capable of surviving an apocalypse at 0 – 60 in under 5 seconds. All of these versions will be full of electronic gizmos and computers, just like a Tesla S, 3, or X (See what they did there?).

Be ready to plop down your money sometime soon for the 2022 model year (probably late 2021). The RWD version is scheduled to show up first, with AWD loaded War Boys soon after. As it stands Rivian is the only real electric pickup producer, with Ford and GM both in the “soon. maybe” mode of thinking. This will at least be a shot in the arm for Tesla and auto design.

Do you love or hate the polarized design of the Tesla Cybertruck? Let Nerdbot know in the comments!