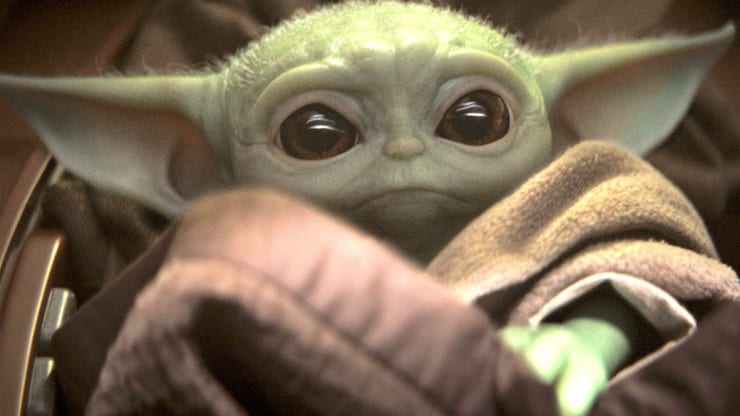 CNBC has put out an article stating that the new fan favorite baby Yoda is coming to stores very soon. They’ve said that we can expect some merchandise in Amazon, Zazzle, Target, Hot Topic, Box Lunch and Kohls and Macy’s. According to sources from Comicbook.com The trucks are on route and ready for receiving.

Disney Store, ShopDisney and at the Disney Parks are all going to receive Baby Yoda merch before the holidays. At this time it is unknown what kinds of merchandise they are putting out but we can at least expect some clothing and maybe a plushie.

The character, which Disney calls The Child, was absent from the marketing and initial merchandise launch for the new Disney+ as to not spoil his surprise appearance. It was the inclusion of him that made a lot of Star Wars fans lose their minds. You can’t just give us a cute baby Yoda and no merch! Disney has had this planned for a while now and thanks to their amazing marketing they are going to make a ton of money of the newest cute face in Star Wars.

While speaking with Entertainment Weekly Jon Favreu explained, “I have to thank Disney and Lucasfilm, because the way the cat usually gets out of the bag with that stuff is merchandising and toy catalogs and things like that. So they really backed us up. We really wanted to have it be that you had to watch it yourself, so that every time you watch the show, there are new twists and secrets that come out. That requires a lot of restraint from the people who are footing the bill, saying they’re gonna hold back on certain things so that the public doesn’t know ahead of time. Part of that was holding back on some of the merchandise and holding back on some of the characters.”

What kinds of Baby Yoda merch would you like to see? Tell us in the comments!

This Godzilla Christmas Tree is Enviable!

The Tesla Cybertruck is Glorious