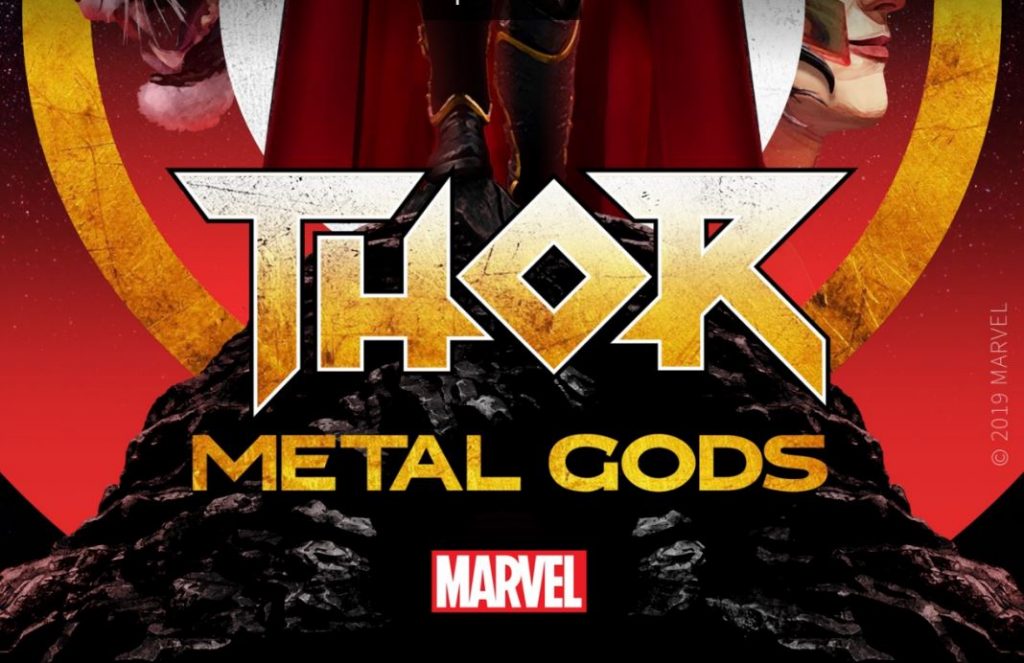 Written by award-winning authors, the series will be available for reading and listening beginning December 12

Designed for people who love Marvel, podcasts and audio books comes a new series from Serial Box called Thor: Metal Gods. Thor: Metal Gods continues the centuries old saga of Thor and Loki as they team up for an adventure of cosmic proportions, confronting the sins of both their pasts.  The story will be available to listen to beginning December 12th on the Serial Box app and their website.

Propelling the saga forward are a fierce Korean demi-goddess, Horangi, and Captain Zia, a charismatic, gender-ambiguous space pirate who shares history with Loki. Fans are in for a wild ride when Thor and Loki find themselves fighting on the same side.

The award-winning writing team, led by screenwriter Aaron Stewart-Ahn (Mandy), and including Brian Keene (The Horror Show with Brian Keene), Jay Edidin (Jay & Miles X-Plain the X-Men), and Yoon Ha Lee (Ninefox Gambit), takes the sibling rivalry to new heights as Thor and Loki race across the universe to untangle a dangerous mystery and stop the return of an ancient evil.

“The story of Thor is staggeringly epic—from Asgardian myth to intergalactic quests, to the (sometimes surprising, often hilarious) depth of his relationships—he’s got it all,” says Hayley Wagreich, Head of Content at Serial Box. “But what makes this story truly exciting to us as we kick off our collaboration with Marvel is how grounded his story is in real issues of identity, humanity, and what it means to be a hero. We can’t wait to bring Metal Gods to Thor fans across the globe.”

Thor: Metal Gods is the first Marvel e-book series to launch on Serial Box. Additional original stories are set to launch in early 2020 and are focused on fan-favorite super hero characters including Black Panther, Black Widow, and Jessica Jones.

Serial Box, called “the HBO of reading” by NPR and selected by Buzzfeed as a “Must Have app for 2018,” offers premium serialized stories from critically acclaimed and best-selling authors via weekly installments that can be consumed by reading or listening. Users can switch between formats with a simple click, picking up right where they left off. Users are encouraged to sample the first episode for free before buying a full season pass.