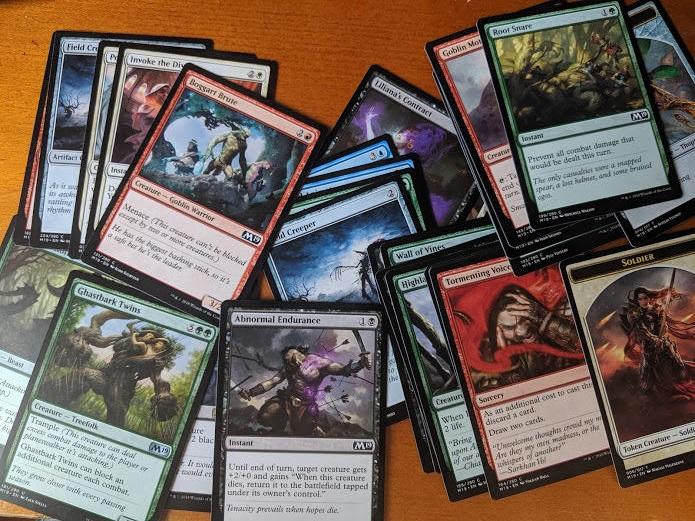 Magic: The Gathering Has Been Inducted into The National Toy Hall of Fame

The National Toy Hall of Fame which was created in 1998 has announced a new inductee. Magic: The Gathering which is owned by Wizards of the Coast is now part of the collection. The Toy Hall of Fame is owned and operated by the Strong Museum in Rochester New York. They add new toys to the mix every year and this year Magic has been named one of the most Iconic toys along with Matchbox Cars and the Coloring Book.

Curator Shannon Symonds states in the press release, “Magic: The Gathering changed the landscape of collectible card gaming with its introduction more than 25 years ago, and it’s become a part of pop culture—leading to book series, electronic games, and even a series on Netflix. The fact that it continues to maintain popularity is a testament to its revolutionary gameplay and constant evolution, making it engaging for beginners and experts alike.”

There are four things that you need to accomplish as a toy to be able to be considered for the Toy Hall of fame.

Now maybe since they’re obviously a tool for learning schools will start allowing them and let kids have competitive card playing clubs. Wouldn’t that be something.

We want to take a moment to congratulate Wizards of the Coast for this amazing accomplishment. Thank you for forming our childhoods with your card game and creating something that will live on in infamy. We hope you are always around and will continue to create some of the most beautiful card expansions we’ve ever seen.

What do you think about Magic: The Gathering joining the Toy Hall of Fame? Tell us in the comments!