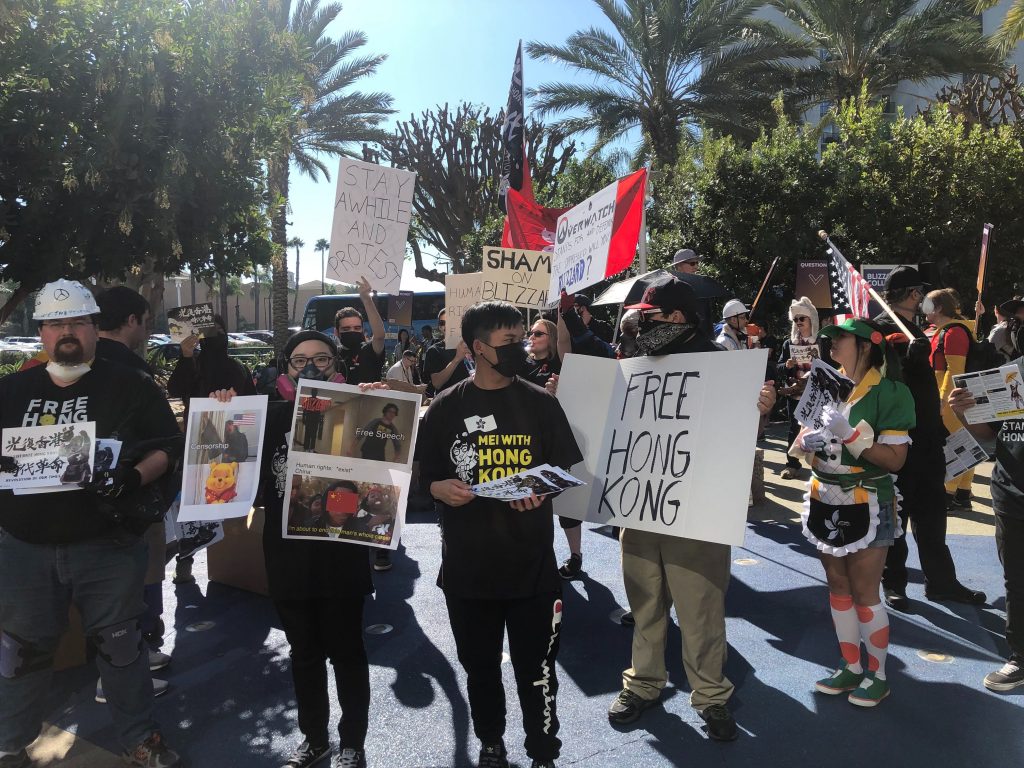 Blizzcon began yesterday and soon after a crowd of protesters numbering around 30, grew outside of the convention. Showing support for Hong Kong in the wake of Blizzard’s recent suspension of Hearthstone pro Chung “Blitzchung” Ng Wai over political alignment.

This particular protest had been started by multiple groups, including LA-based pro-Hong Kong democracy collective Hong Kong Forum, an activist organization called Fight For The Future, and the Protest Blizzcon subreddit. The latter two announced their protest intentions well in advance of the convention. Which is why the crowd is assumed to grow.
Today’s protest is expected to continue into the afternoon if all goes according to plan. Featuring speeches from guests like two of the American University Hearthstone players who held up a “free Hong Kong” sign during a Blizzard-hosted broadcast and ultimately received a punishment similar to Blitzchung’s. Further igniting these protesters need to stand up against Blizzard.

“Everything that relates to the development of democracy in Hong Kong, we care about. Here, in this case, it’s related to everything that has happened with the Hong Kong protests in recent months. We see that a lot of the people have been silenced because of bullying from China. This is no different. A gamer getting censored because of their support for democracy—this is an unacceptable practice in America.”

If you are thinking about standing up in solidarity check out this event page on Facebook. Winnie the Pooh Raid on Blizzcon may not be mighty in numbers but they are mighty in spirit.