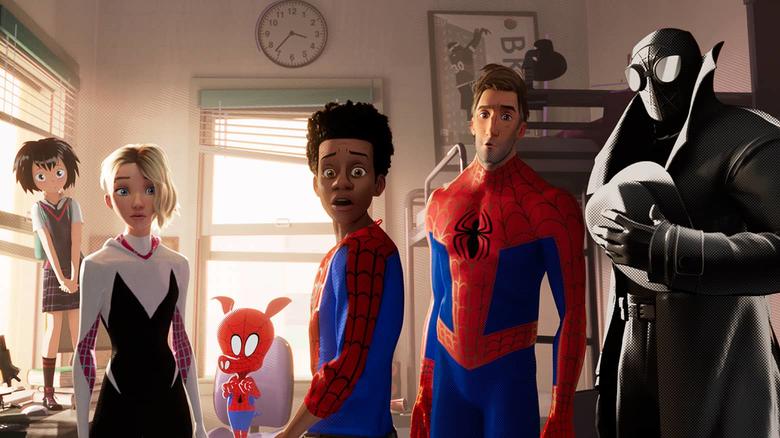 Spider-Man Into The Spiderverse Announces 2022 Sequel

Get ready for a whole new adventure with Miles Morales in 2022. Today the official Spiderverse twitter account revealed that there will be another movie hitting theaters April 8th 2022.

The first film was a great experience to see on the big screen. The visual style created a real comic book feeling experience. The voice acting was wonderful as many of our favorite well known actors were able to take on one portrayal of Spidey or another.

Globally the film did $375 Million against a production budget of $90 Million. So it did very well for an animated Marvel film. While we don’t have many details yet there are a few things that we can assume. Miles Morales will be voiced by Shameik Moore, and the rest of the voice cast should be returning if their characters are written into the script.

Previously Spider-Man into the Spider-Verse was directed by Bob Persichetti, Peter Ramsey, and Rodney Rothman. The screenplay was written by Phil Lord. Produced in association with Marvel by Avi Arad, Amy Pascal, Phil Lord, Christopher Miller and Christina Steinberg.

More details should be released for the new film very soon. Stay tuned!

What scenario would you want to see played out on the big screen for the sequel? Tell us in the comments!