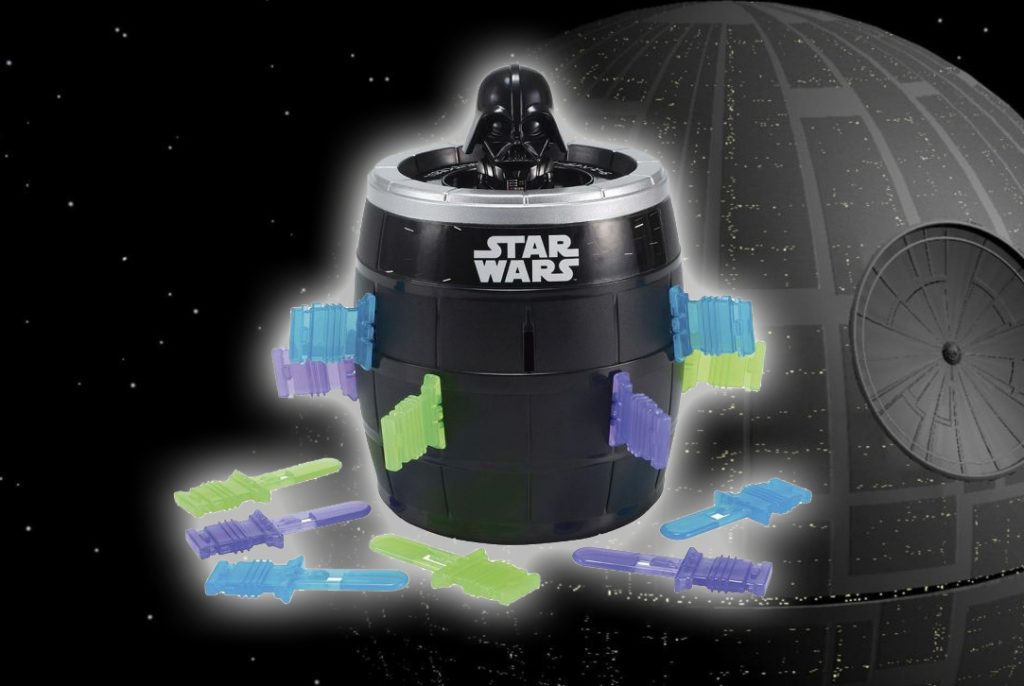 This Japanese Darth Vader Pop Up Game is Fun For Everyone!

It’s not often that I find a game that is for kids that I can enjoy. There is really only so many times you can play Candyland without losing your mind. No matter what version it is. Then I found this gem of a game on Hobby Link Japan. It was 2 for 2. Star Wars and something I could play with my kid. So we picked one up and let the fun begin!

First of all the entire box is in Japanese and it’s completely glorious. You can read the words Ligthtsaber and Darth Vader in Katakana. It’s a Disney/Star Wars official game so I was doubly excited. For anyone who loves collecting foreign games or boxes in other languages it’s a really cool find. Plus they ship it directly from Japan so you get to sign for it and feel really cool while getting your imported goods.

The game play is really basic but very fun. First you need a AA battery which it doesn’t come with but hey, you probably already have a couple AA’s hanging out somewhere. The latch at the bottom is screwed in so even if someone gets frustrated or so shocked that they knock it off the table the battery will stay in place.

It’s when you flip the switch to on that you are greeted with the classic Imperial Army Theme. Then as you are stabbing the barrel with lightsabers you hear what a lightsaber sounds like when it’s unsheathing or turning on along with Darth Vader’s breathing. There is a tenseness in the air as each person puts their color light saber in the barrel trying to I guess cause him damage without him popping out at you.

The game was a little confusing because you can technically play 2 different ways. The person who pops him out of the barrel could either win or lose depending on the rules you choose. Since he is technically the bad guy in the series it would make more sense that when he popped out you won, because you killed him. Or seriously maimed him let’s not say killed. Or you could say that when he pops out you lose. It’s really up to you to decide what makes more sense in the long run.

It comes with 3 different colored lightsabers in blue, purple and green. Each color has four pieces and four chances to get him to pop out, or not pop out if that is how you want to play. The timing of the pop is totally random and I haven’t figured out if it’s based on times penetrated or if it’s on a timer. But that just makes it more fun. Like how we would play pop goes the weasel or any other game that gave us mild anxiety attacks.

This game is definitely a 10/10. I recommend this for anyone with kids that you want to get into Star Wars or for older nerds to play at a party. Despite the small sabers you could play this with a kid aged 3 or up. Just make sure they don’t slobber on your sabers!