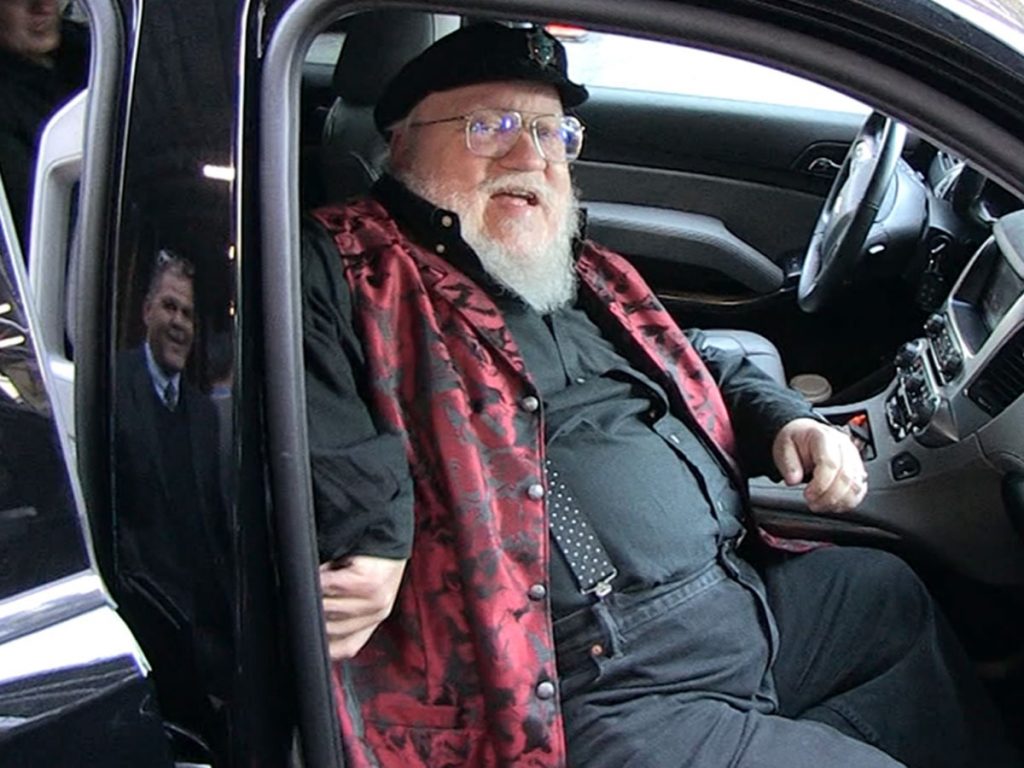 Sports May Decide How Soon We Feel The Winds Of Winter

George R.R. Martin may have just asked one of the greatest questions fans of both football and his landmark fantasy saga A Song Of Ice And Fire could ever be asked… would you be okay in knowing that the last volume of the series would be in your hands “soon” if it meant the New York Giants or Jets are the winners of the Super Bowl?

I don’t know about you but I am dying for the release of The Winds Of Winter, A Dream Of Spring, Fall On To Dragons, or whatever Mr. R.R. Martin decides to call them because I desperately need something to make up for the all but two episodes of the God awful final season of Game Of Thrones. I think we can all agree season eight was a bit of a head scratcher slash yell at your TV type situation. I’m at the point where I believe the books may be the only thing capable of saving the show’s tainted legacy. Remember, the show was based on a series of books.

But… because yes there is always a “but” when we’re talking George R.R. Martin. Releasing timely installments of ASOIAF isn’t what I’d call his forte. It’s been close to a decade since A Dance With Dragons came out and I for one am sick of waiting to see if Jon Snow is alive.

If I was in the same room as George R.R. Martin, the first thing I would ask him is when the hell the hell The Winds Of Winter will be in a stores? But since I can’t, I’ll let TMZ take over this line of questioning. On October 26th they published an article where George hinted at a potential release date… check it out below!!

Now I know there’s nothing definite there but knowing the success of New York Jets or Giants May influence a new chapter in ASOIAF at the way least I’m interpreting as he’s been working on the books. For a guy whose signature contribution to pop culture is this series, he seems to be doing everything but actually typing new pages. Seriously, how many Game Of Thrones books are we going to get before I’m buying The Winds Of Winter?

We’ve had a cookbook, a picture book tell the Seven Kingdom’s history, and some book about the Targaryens. Enough already.

Now I honestly have absolutely zero problems with either franchise. They’re not Sidious Belichick and the New England Empire and with the exception of Lawrence Taylor’s love of crack, both teams have been “relatively“ scandal free. But as a Cleveland Browns fan, there’s no way I could ever get behind Daniel Jones the Clydesdale or the Masque of the Red Death Sam Darnold hoisting that Lombardi trophy over their head on Super Bowl Sunday before my man Baker Mayfield does it two or three times.

So just release the book already.

When do you think The Winds Of Winter will come out? Let Nerdbot know in the comments!!