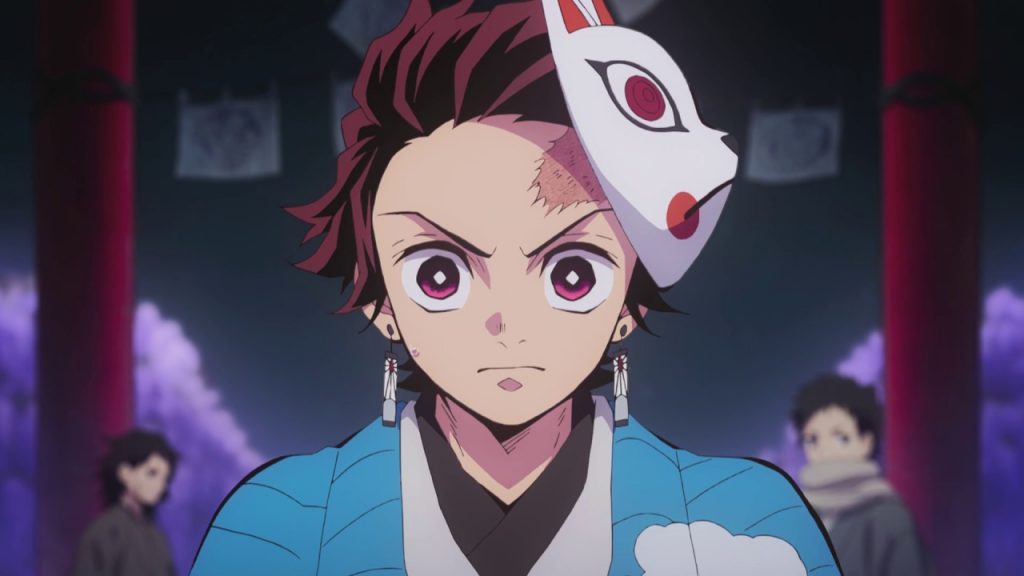 Demon Slayer: Kimetsu No Yaiba has just finished it’s first season. If you haven’t been watching you really should. It is quickly becoming one of the best anime that has come out in the last 5 years. Along with My Hero Academia this show has a lot to offer. A story about a girl Nezuko that turns into a demon when one attacks her family. And Tanjiro who is her older brother and vows to turn her back to a human. Pair that with the fact you get to see Tanjiro go from hopeless to hero and you have a story that you can cheer along with.

Now Aniplex of America has announced that they have cast the English team that will be bringing this show to life for the broader population. They will air it on Cartoon Network’s Toonami starting October 12th.

“I was ecstatic, to say the least, when I heard I got the role of Tanjiro,” Zach Aguilar shares about finding out he was cast as the main character Tanjiro. “As a fan of the show, I’m extremely honored to be able to be a part of such a fantastic anime. I’m giving this character my all, and I’m looking forward to going through Tanjiro’s journey!”

“Nezuko as a human is a sweet, caring sister to her many siblings,” Abby Trott describes her character.  “And even as a demon, when it comes to Tanjiro and family, she mus protecc. I definitely relate to her sentiments about protecting those people (and pets) that I hold dear!”

“When I got the news, I jumped out of my seat and unleashed a thunderous shriek,” Aleks Le explains of receiving the news that he had been cast as Zenitsu. “I was shaking with excitement. Being on the main cast of a show and getting to spend a lot of time with and play such a fun character is something I’ve always wanted to do. I’m over the moon and can’t wait to share what we’re doing with the rest of the community!”

Why You Should Watch It

Lauded as one of the best anime of 2019, the smash hit series has incited nothing short of a rousing response from fans since the subtitled version was released in April even trending worldwide on Twitter in August. Much of the show’s success is credited to the brilliant work by studio ufotable, who’s previous projects include the popular Fate/stay night [Unlimited Bladeworks], Fate/Zero, and most recently the Fate/stay night [Heaven’s Feel] trilogy, and exceptional story based on the popular manga published in Weekly Shonen Jump magazine by Koyoharu Gotoge.

Set during the tumultuous Taisho period (1912 to 1926) in Japan, the series follows two siblings, Tanjiro and Nezuko Kamado, who must learn to survive after their family is viciously slaughtered by demons. The sibling’s journey is told across 26 episodes with a movie sequel in the works titled DEMON SLAYER -KIMETSU NO YAIBA- The Movie: Mugen Train.

Haruo Sotozaki (Initial D: Third Stage, Naruto: Konoha Sports Festival) serves as the director with Akira Matsushima (Maria Watches Over Us, Tales of Zestiria the X) handling the character design. In addition to animation production, ufotable is also in charge of the screenplay with esteemed composers Go Shiina from God Eater and Today’s MENU for Emiya Family and Yuki Kajiura from Sword Art Online and Puella Magi Madoka Magica teaming up to create the music for the series. The opening theme song for the series “Gurenge” by renowned anisong singer LiSA (Sword Art Online, Fate/Zero) recently certified platinum by the Japan Record Association.

Aniplex of America plans to reveal more of the English cast as the story progresses the official Demon Slayer: Kimetsu no Yaiba English Facebook page as well as other exclusive behind the scenes look into the English dub production at https://facebook.com/demonslayer.anime.

About Demon Slayer: Kimetsu no Yaiba: