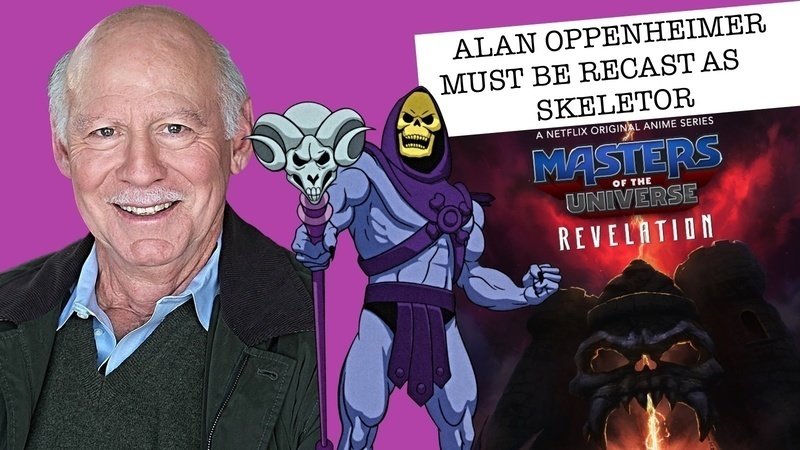 When you think back to the He-Man cartoon one of the most memorable characters is definitely Skeletor. Skeletor has a voice that many still remember by muscle memory and can audibly hear it in their heads. The laugh is nothing less than amazing. So why wouldn’t Kevin Smith want to reuse Alan Oppenheimer for the role in his new series for Netflix?

A fan named Nolan Sumel has the right idea and has started a petition on change.org to have Smith, Mattel, and Netflix consider Oppenheimer(if they weren’t already) and it has gained a bit of traction over the last few days.

ALAN OPPENHEIMER is SKELETOR. There is no one who can replace his iconic portrayal.

Fans have been waiting for a revival series. We are tired of seeing recasted classic voice-roles.

Netflix, Mattel, and Kevin Smith needs to understand that Alan Oppenheimer is a huge part of the success to Skeletor and the original Filmation TV series. It would only be right to cast Alan Oppenheimer as Skeletor.

There really is no other choice for the role. It would be a shame to cast someone else when the new show is supposed to build off the story already established. And Oppenheimer is alive and well so it would really be adding to the appeal of watching the new Netflix Anime.

Here is the best of Skeletor of Youtube. Enjoy!

You can sign the petition by clicking the link here: