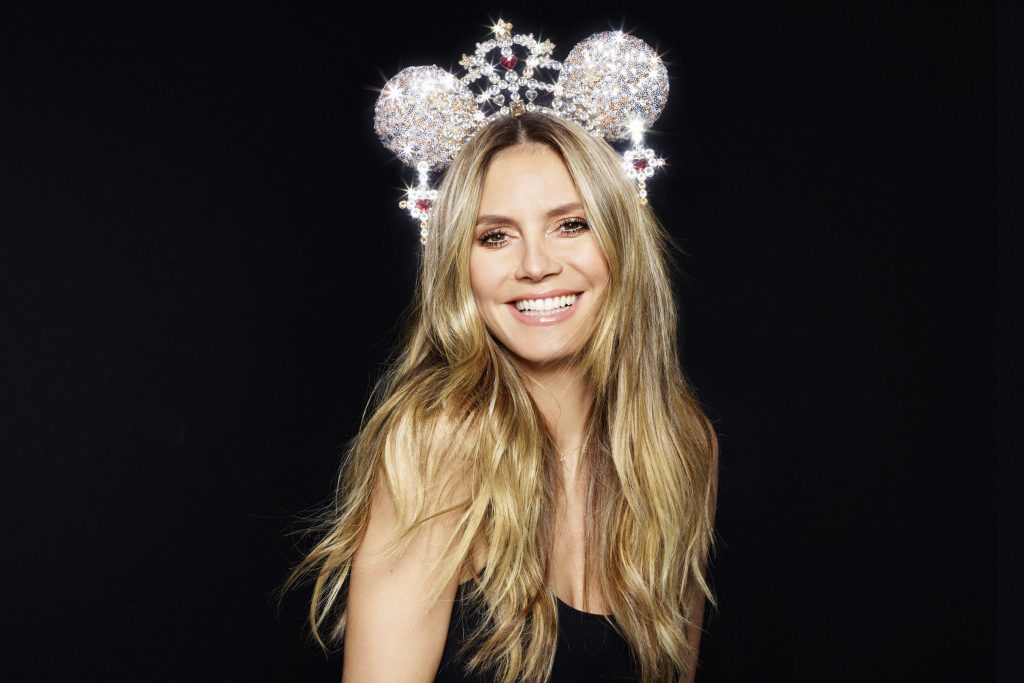 True Disney fans know the value of a good set of mouse ears. Some people have made a career out of designing and making custom ears to don at the parks. Some fans have quite sizable collections of different ears to match any outfit or holiday.

But how much is too much?

The company announced a line of designer ears this year, including an extravagant pair designed by supermodel, Heidi Klum. This set of ears were launched at the Disneyland Resort on Saturday, September 28, 2019 (TODAY!).

The Minnie ears headband is comprised of 150 Swarovski crystals and weighs a hefty half a pound. Imagine carrying that on your head for a day around the theme park! This headband is limited edition. Less than 500 will be available for purchase.

The price for limited edition crystal encrusted ears? $600. Some ears have already been listed on eBay – and they have been heavily marked up.

To celebrate the launch of these sparkling beauties, Klum will be making an appearance at The Disney Dress Shop in Downtown Disney (Anaheim) from 2PM to 4PM, today.

If you’re interested in snagging a pair for yourself (or just want to catch a glimpse of them), the ears will be available for purchase at several stores across the company’s parks.

Epcot : Mousegear and Art of Disney

Disney’s Hollywood Studios : Once Upon a Time

Disney Springs : Ever After