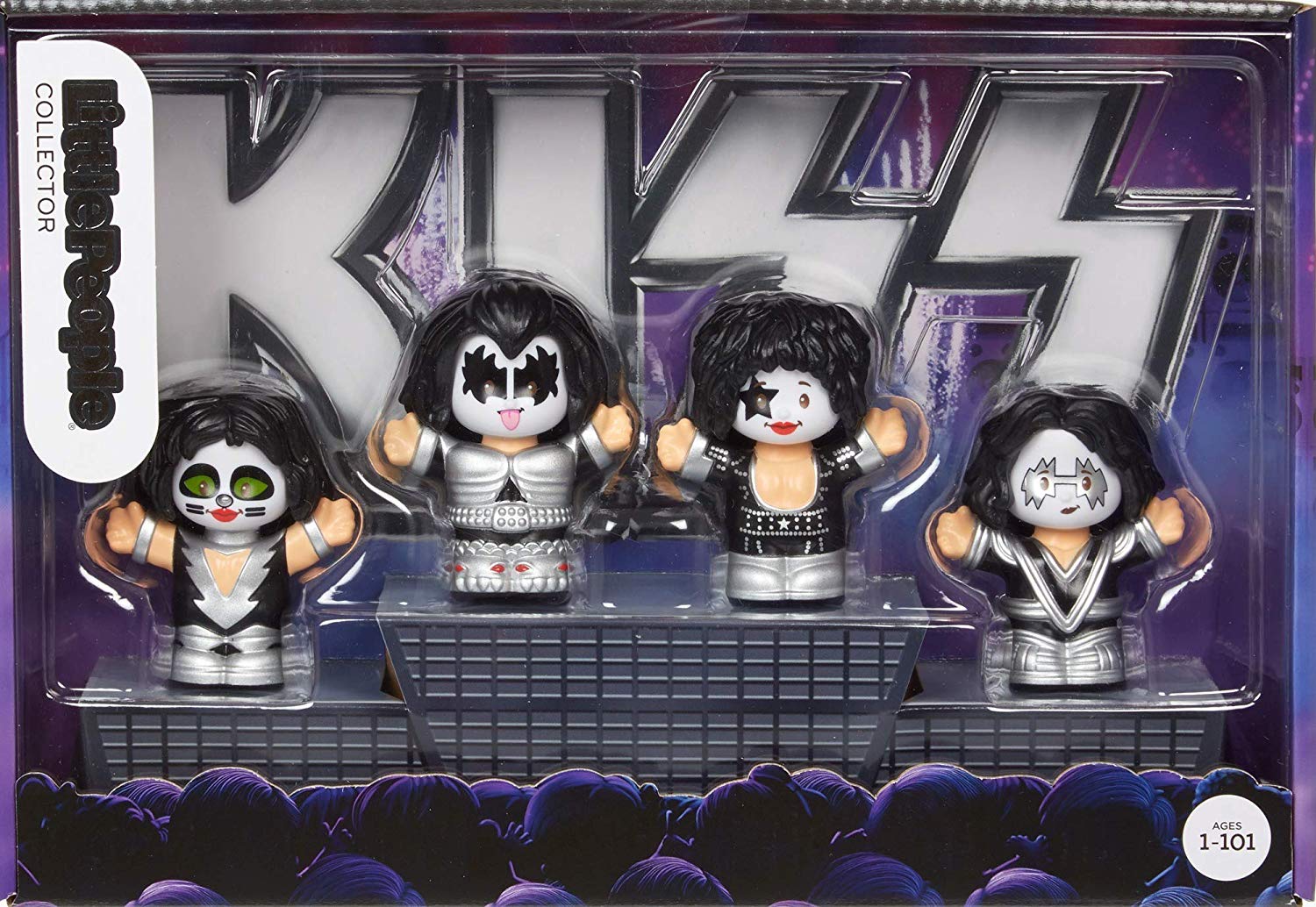 If you want to be the cool Aunt or Uncle, or maybe you are a parent yourself you definitely need to check out these Little People toys. They have come out with branded toys before like Marvel or Disney Princesses but I have to say that these are much better. Now you can rock out with the little ones in your life while playing with figures of The Beatles or KISS. You can also get them into wrestling at an early age by playing out matches with teeny tiny WWE Ultimate Warrior and Macho Man Randy.

The Beatles are definitely a band that will withstand the test of time. You can put on anything by them and it’s instantly recognizable. Now you can play Yellow Submarine while listening to Yellow Submarine. And for bonus points show your kids that movie, it’s basically a cartoon anyway right? These are going for only $19.99 on Amazon right now.

Do you want to Rock and Roll all Night? Probably not if you have tots around. You’re probably tired before you wake up in the morning. Good thing for you though, there is coffee and now these cute little people you can act out rock shows with your kids. They are also limited edition and going for $19.99 on Amazon. You may want to get these before they go for crazy amounts on ebay. And if you don’t believe me you should check out some of the KISS merch on there.

WWE may not be for everyone but when you are into it, you’re into it for life. You can now play out easy to understand dramatic narratives and have these two little guys go at it during play time at home. Get your little wrestler ready for the more complex story lines that are embedded into the lore of wrestling by showing them how fun it is to play along. These go for only $9.99 on Amazon.

Did you play with Little People growing up? Tell us in the comments!

The Starbucks IT Frappuccino Is Making Rounds!