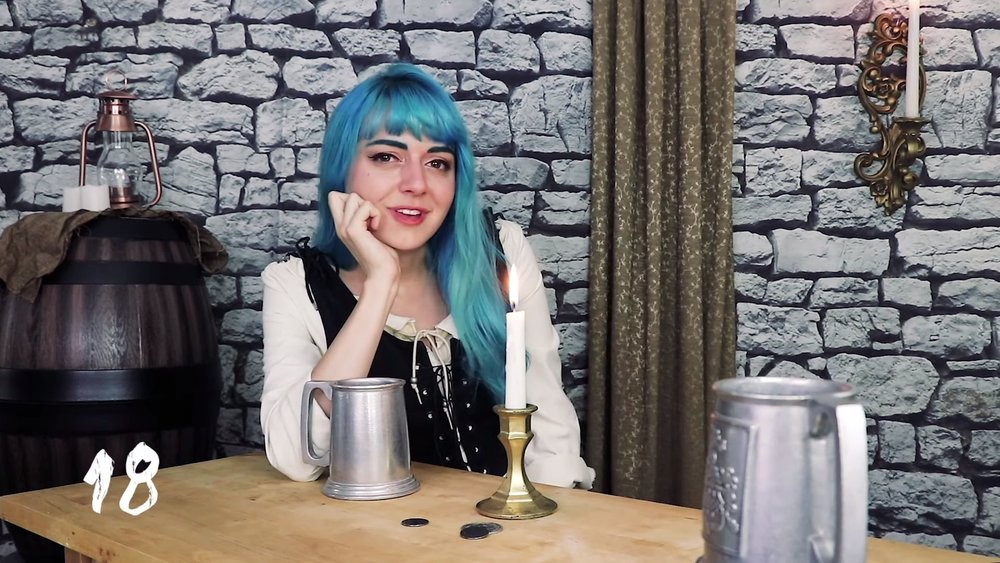 Dungeons and Dragons is perhaps one of the most popular game associated with the term “geek”. So well known in pop culture now that you don’t even had to have ever played to understand the basic premise. Some role-play, dice, and a team of ultra nerds. Not to mention the dungeons, and the dragons!

Ginny Di herself has become a popular cosplayer in the Dungeons & Dragons community. One of her most reknown costumes is her take on Jester from Critical Role.

Di also has a YouTube channel where she puts up videos and vlogs and the like. In a recent video, she shared a grand total of 50 Dungeons & Dragons pick up lines.Be sure to take a look and you’ll be ready to woo that Elven warlock you’ve been eyeing.