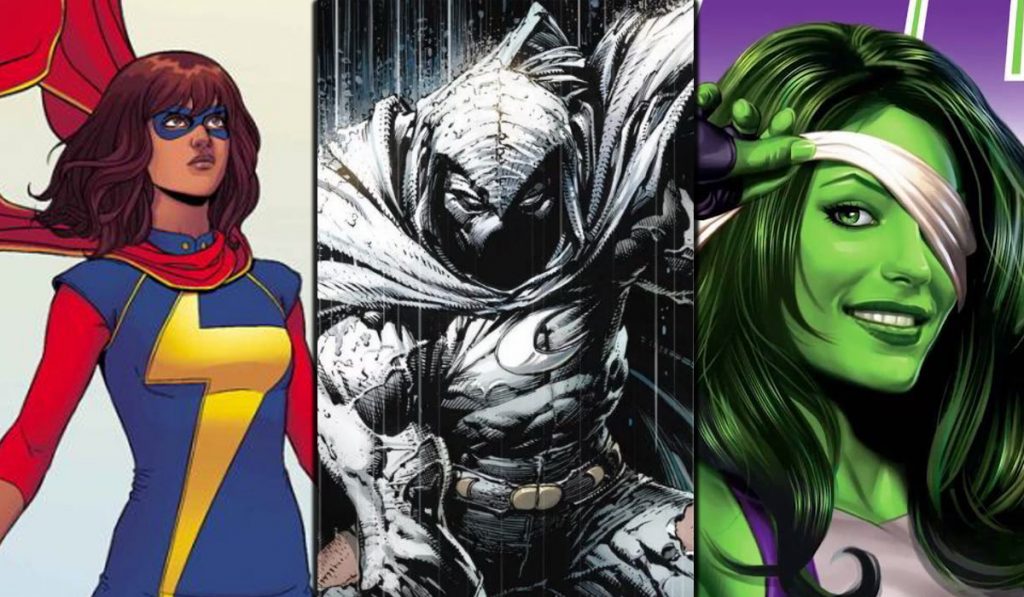 D23 this year has not dissapointed. And there are still 2 full days left of announcements. New on the roster for Disney + Streaming shows is a Moon Knight series that fans have wanted to see since phase 1. The show was announced after they broke the news for a Ms Marvel show.

This will bring the slightly unhinged character into the MCU and potentially pave the way for his very own stand alone film.

Moon Knight (aka Marc Spector) is kind of like the Marvel version of Batman. He hasn’t gotten much love in the cinematic universe but this will be the turning point for that. Kevin Feige announced that it will be about a mercenary left for dead in the dessert.

Marc Spector is a former CIA agent who was almost killed by a terrorist named Bushman. He is then saved by the Moon God Khonshu therefore becoming the Moon Knight.

Another show announced is She Hulk which I am personally very excited about. She Hulk is one of the most underrated characters and it will be good to see her come to life.

No info has been posted on who they will cast in these roles but stay tuned and we will keep you updated!

Are you excited to see the Moon Knight coming to the MCU? Tell us in the comments!