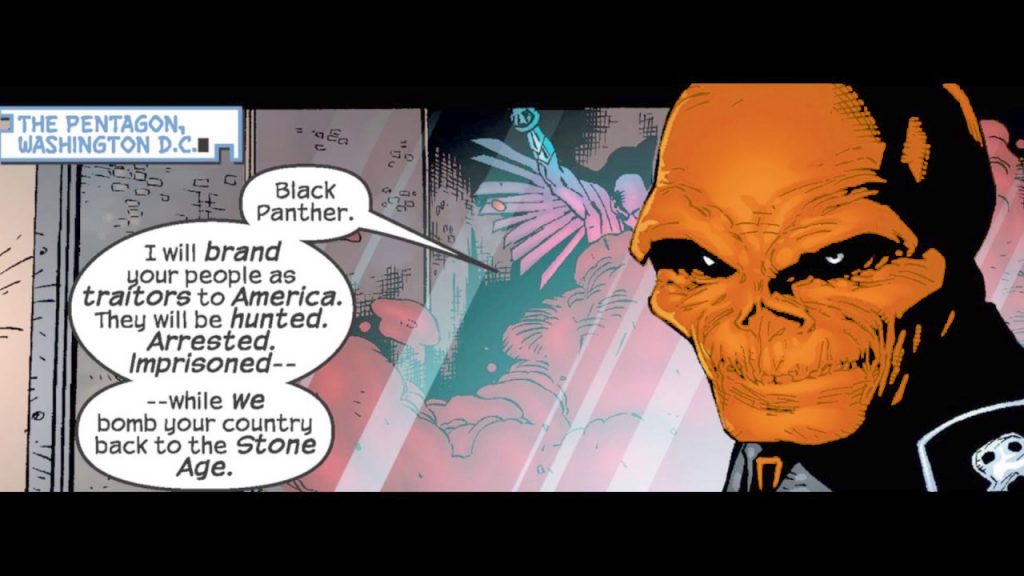 Art Speigelman has pulled his introductory essay from a current Marvel project due to being asked to remove some criticisms to the current president. Speigelman, who is a Pulitzer Prize winner for the comic Maus decided to withdraw entirely after being asked to edit the passage out holding to his values.

The passage they are referring to regards the comparison of Trump to leaders of the past. The author explored Marvel’s political background and used stories during and after World War II to help deal with political issues. Nazis and Fascism are talked about in the essay and then he goes forward by connecting the past to the present. Illustrating Trump in words as an “Orange Skull that haunts America.”

“In today’s all too real world, Captain America’s most nefarious villain, the Red Skull, is alive on screen and an Orange Skull haunts America.”

Red Skull is famously Captain America’s biggest foe, and to say that Trump is now the Orange Skull is a big dig on the president. Debate over Trump’s political goals has made any comment about him a potential powder keg of controversy. He was told that Marvel wanted to remain Apolitical and was contacted by an editor from the Folio Society. Disney recognizes how volatile comics fans can be and how any political statement could do serious harm to the brand.

Speigelman took the opportunity for this to do something more with his essay and had it published in its entirety in The Guardian, along with some extra notes and explanations.

“A revealing story serendipitously showed up in my news feed this week. I learned that the billionaire chairman and former CEO of Marvel Entertainment, Isaac “Ike” Perlmutter, is a longtime friend of Donald Trump’s, an unofficial and influential adviser and a member of the president’s elite Mar-a-Lago club in Palm Beach, Florida. And Perlmutter and his wife have each recently donated $360,000 (the maximum allowed) to the Orange Skull’s “Trump Victory Joint Fundraising Committee” for 2020. I’ve also had to learn, yet again, that everything is political… just like Captain America socking Hitler on the jaw.”

Art Speigelman is someone who would know of the trials and tribulations of World War II. In 1992 he won the Pulitzer Prize for his work on Haus. A story about his father Vladek’s experiences as a Polish Jew and Holocaust survivor. For his comic he used Mice as the Jewish citizens and Cats as Germans. So if he is saying that he sees similarities between then and now, it makes sense that Marvel probably panicked over the fallout from that statement.