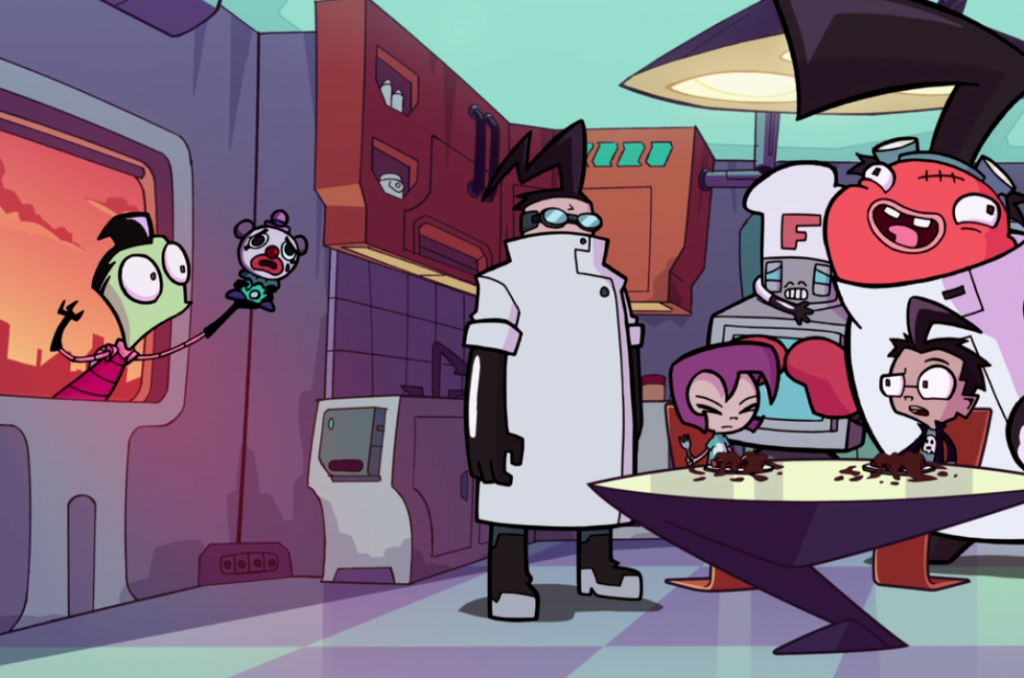 It may have taken years, but Irken Invader Zim continues his invasion of earth in this Netflix film.

Released on August 16th, Enter the Florpus is the first piece of media since 2006. Written by the series creator, Jhonen Vasquez, the series takes place after the original television run. As stated in the description of the trailer,

ZIM discovers his almighty leaders never had any intention of coming to Earth and he loses confidence in himself for the first time in his life, which is the big break his human nemesis, Dib has been waiting for.

After years of no Invader Zim content, does this new film hold up to the original material ?

The overall plot is as ridiculous and chaotic as any episode of the show. While it doesn’t further advance/ continue any plot threads that were established before, aside from one or two major changes, tons of call backs and references fill the entirety of the film.

If there’s a main focus of the film, its on the relationship between Dib and his father Professor Membrane. The back and forth between Zim and Dib is as entertaining as ever, and Gaz is more expressive and interesting than she’s ever been.

While character investments relies on the viewers knowledge of the show, it’s easy to like and care about the players as each side pushes towards their goal. The overall performance of the film really shows the potential of the series and what enjoyment it can offer to new and returning fans.

What do you think of the film ? Should They make more of it or should the series be over already ? Let us know in the comments down below !