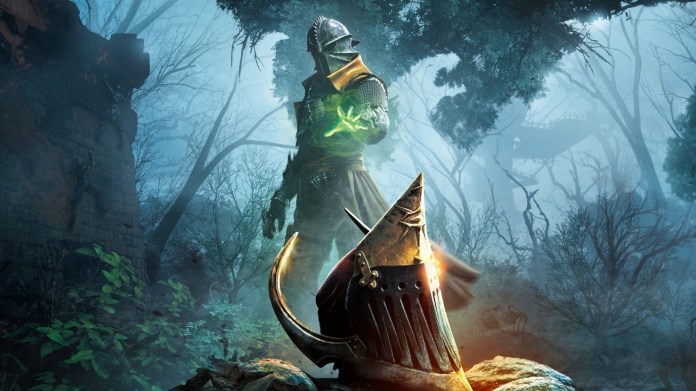 It’s been five long years since the release of Dragon Age: Inquisition. Since then, fans have eagerly been awaiting news on the next Dragon Age title. The next title, code-named “Morrison,” may have just suffered from a severe setback with the loss of its lead producer though. Fernando Melo has officially announced his departure from BioWare.

Fernando Melo worked as senior producer on Dragon Age: Origins and Dragon Age 2. Eventually, he became director of online development for BioWare in 2011. In 2015, Melo left his role to work exclusively on online content for Mass Effect: Andromeda. Finally, he became lead producer for the new Dragon Age title code-named “Morrison.” This seems to be where he intends his journey with BioWare to end though.

In a parting e-mail to his Edmonton colleagues, Melo said “i’m incredibly proud and honoured to have played a part in [the new Dragon Age]. I’ll be eagerly awaiting the opportunity to experience the next Dragon Age as a fan this time around.” After twelve years with BioWare, Melo says that he wants “time to disconnect and explore a couple ideas for the next chapter in my career.” His departure comes shortly after that of Anthem’s lead producer Ben Irving.

Melo’s departure brings a slew of speculation as to what conditions are like in the BioWare studio. The loss of two industry veterans in such a short time span surely puts BioWare in a tough position. There is currently no word on what Melo’s departure could mean for the new Dragon Age game’s development process. In fact, little information has been released on the title thus far. We wish Melo the best on his future endeavors though.