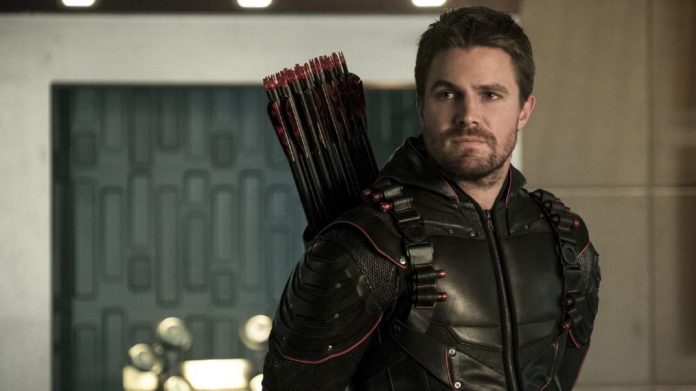 How much longer until we can have the "People's Champion" for President?
Read more

Breana Ceballoshttp://www.nerdbot.com
Hi! I am the Managing Editor for Nerdbot.com I enjoy watching anime, learning about new things and keeping up with Nerd Culture. I love writing and hope to introduce people to things that they may not have known about before through my articles. If you think you may be interested in submitting a guest article please check out the "Write for Nerdbot" section on the main page!
Breaking News

Announced today “Arrow” star Stephen Amell will headline a new wrestling drama series for Starz. The term Heel is used in wrestling to describe a wrestler that portrays the bad guy. Since Amell has joined the series has been approved for an eight episode run at an hour long each.

Heels is about the men and women who chase their dreams in the world of small town pro wrestling. Set in a close-knit Georgia community, it follows a family-owned wrestling promotion as two brothers and rivals — one of them played by Amell — war over their late father’s legacy. In the ring, somebody must play the good guy and somebody must play their nemesis, the heel (Amell). But in the real world, those characters can be hard to live up to — or hard to leave behind.

This should be a fun and new experience for Amell since he just left being Oliver Queen on the DCEU show Arrow. His character in this will struggle with trying to get the Duffy Wrestling Association into the spotlight. He may even risk his job, marriage and relationship to his brother to make that happen.

Related  Remake Of 'The Mosquito Coast' Coming To Apple TV+

Produced by Lionsgate TV in association with Paramount TV and originally pitched by Paramount in 2017. Executive producing will be LBI Entertainment’s Julie Yorn, Chris Donnelly, Patrick Walmsley, as well as Waldron and O’Malley.

With how well GLOW is doing it is predicted that this show will also do well with fans of wrestling. Even people that do not watch wrestling will be able to get into the show since it will be half wrestling and half story. Much like GLOW is on Netflix. There is no word on when this series will air but stay tuned and we will keep you updated!

Are you excited to see Stephen Amell in something new? Tell us in the comments what you think!

Hot off the success of HBO's "Chernobyl," Emmy-winning director Johan Renck is headed back to work with writer Craig Mazin on an...
Read more

When word came down that Netflix was going to be adapting beloved anime "Cowboy Bebop" into a live action series, excitement was...
Read more

"The West Wing" is one of those shows that makes you long for the ideal. In this case, a President who is...
Read more

We were super curious to find out exactly how The CW was going to handle the recasting of "Batwoman" series lead Ruby Rose after she exited the series mere hours after the final episode of season 1.
Read more

It's hard to imagine almost two years have already gone by since the fateful day word came down that Netflix had cancelled...
Read more

We are so thrilled to report that Netflix and The Jim Henson Company are developing a young adult animated series based on...
Read more

Early Baby Yoda Design is the Stuff of Nightmares

As it turns out, the early designs of Baby Yoda were absolutely haunting.
Read more

How much longer until we can have the "People's Champion" for President?
Read more
Conventions

The annual big giant Star Trek Las Vegas convention put on by Creation Entertainment will still be happening in 2020, but in...
Read more
Collectables

Ask yourself, is that next cookie a logical choice?
Read more

The giant extinct invertebrate Arthropluea could grow to be more than 1 1/2 feet wide and more than 6 feet long.
Read more

Next up on our 2020 bingo, a massive fuel leak resembles the first plague of the Egyptians. The River of Blood
Read more

On Monday police were called out to a possible cannibal crime scene were a bloody man was seen standing over the body of a woman.
Read more

It's a little late but at least it's cute! We've found this baby Darth Maul on Twitter drawn by "PAW Patrol" artist...
Read more

Get ready for the next season of the Mandalorian with a cool new Boba Fett dinner set!
Read more