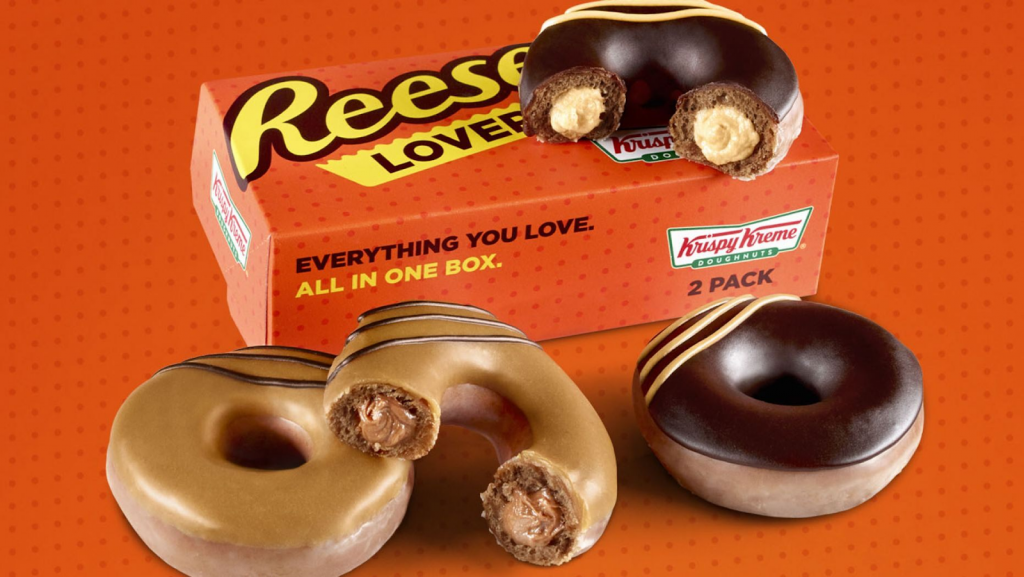 Krispy Kreme and Reese’s Had a Baby

There are a few things in life that I love with no limits. Krispy Kreme is one of them. Seriously have you ever showed up when the glazed are hot and ready? And that free one sends me into a pure bliss of heaven. Then my friends and I will order a dozen and go back to playing D&D. Reese’s are not far behind on the list of favorites either. My family and I are quite the connoisseur when it comes to that. Seriously, we fight over the Easter eggs and Christmas trees that come out each year. Those are the best ones, fight me. Anyway… on August 5th Krispy Kreme’s twitter made a tweet that well, made my head explode.

And Reese’s followed right behind it

I mean come on! The peanut butter the chocolate AND with the donuts that I so love? SEND ME TO HEAVEN!

Dave Skena, Chief Marketing Officer for Krispy Kreme Doughnuts described the new creation as one of the company’s best yet. He continued on, saying, “If the technology exists to fill a Krispy Kreme doughnut with Reese’s Peanut Butter Kreme and Chocolate Kreme, then how could we not offer that to America?  Well it does. So we are. And it’s amazing.”