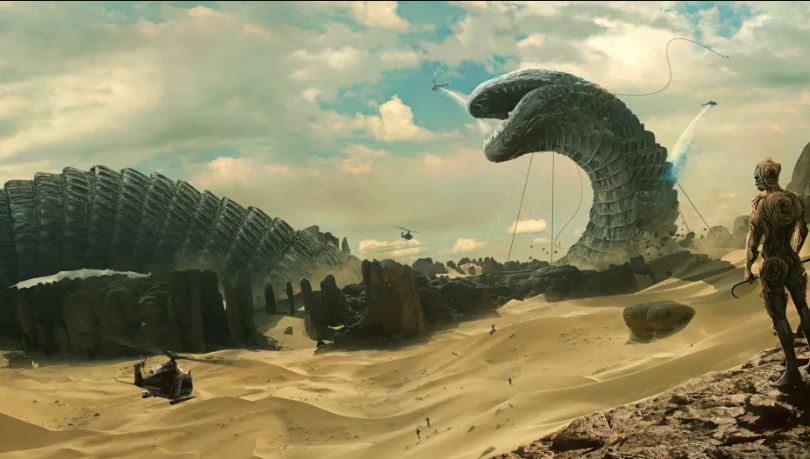 Dune has been one of the most anticipated films of 2020 so far. The casting ranges from Momoa, Bautista, to Chang Chen and Josh Brolin and with that epic of a line up you can’t hope for anything less than amazing. Well it would seem that Warner Bros. for whatever reason has decided to push back Dune from the November 20th release date by a month. Meaning it would release December 18th, 2020.

With this tactic the film will go from competing against an untitled Amblin movie and Sony’s “The Happiest Season” to the weekend right before Christmas. Since moving to that time slot they will now go up against Spielberg’s West Side Story and Paramount’s Coming to America 2.

Dune has been confirmed to be part one of a two film expendature. In an interview with CEO Joshua Grode he said “That’s the plan, There’s a backstory that was hinted at in some of the books(that we expanded). Also, when you read the book there’s a logical place to stop the movie before the book is over.”

Dune wrapped filming last week and the production crew and cast were treated to a wrap party the 25th of July. So what this means is that they could either want to have more time for editing, or they are confident that the movie will fair well against big contenders like Coming to America 2 and West Side Story. Whatever the case we are in for a great Christmas line up next year.

What do you think of this change? Is it something to be worried about? Tell us in the comments!