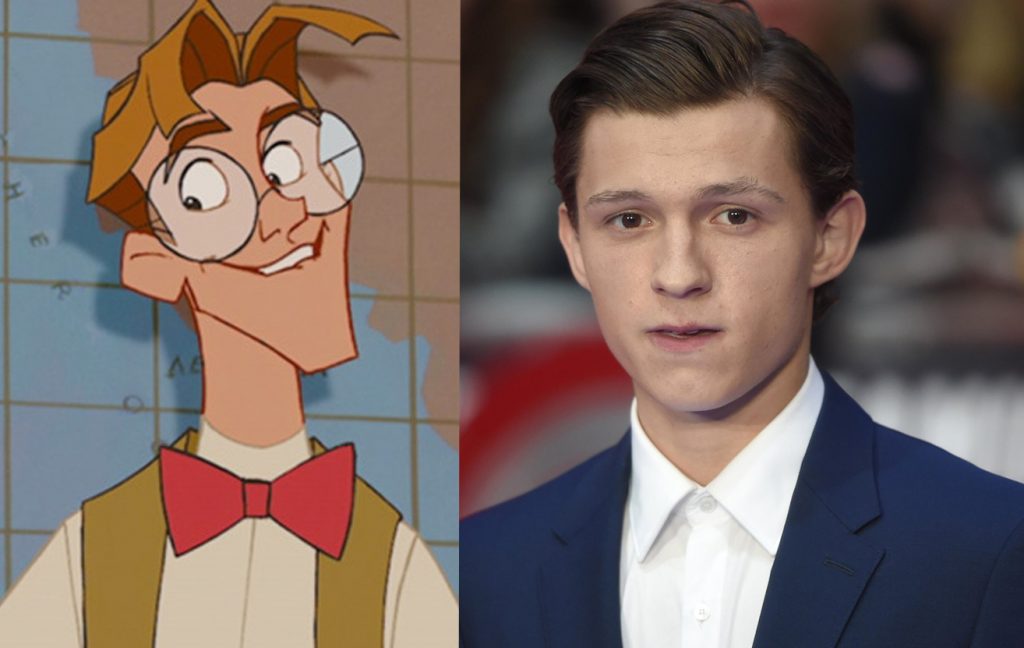 One of my favorite Disney movies is Atlantis: The Lost Empire. It follows Milo who was originally voiced by Micheal J. Fox who puts together clues and finds the hidden city of Atlantis. Where he then meets the beautiful princess Kida. Now according to Wegotthiscovered.com we have new information that Disney will be remaking the film in live action. They are also eyeing leading man Tom Holland!

Tom Holland has quickly become one of the best actors around. He is a down to earth nice guy who’s not afraid to put himself out there. He can play silly and serious, which is what every actor needs to do to succeed, but he also comes of as completely genuine. If he played Milo we would all be in for a treat and he would no doubt do a stellar job. And if he gets to wear those glasses Milo has.. what a cutie!

Atlantis: The Lost Empire was historically an underdog of a film for the Disney Company. It did not do well at the box office but many fans of the film have clung to it being their favorite adventure film Disney has ever put out. It came out around the same time as Moulin Rouge, and A.I. Artificial Intelligence. Premiering June 15th, 2001. People who hold this movie close to their hearts also enjoy the film Treasure Island which is another fantasy/adventure film with a main character with cute floppy hair.

There is no information on when the movie is expected to come out or who is working on the film. But if this lead proves to be true for wegotthiscovered then we are all in for a treat.

If Disney puts this movie out now you can bet that the cult following of this film will vet for it. And it will hopefully spark a lot of sequels. Because we need more of Milo and Kida in our lives. And if you haven’t seen the cartoon, I urge you too.