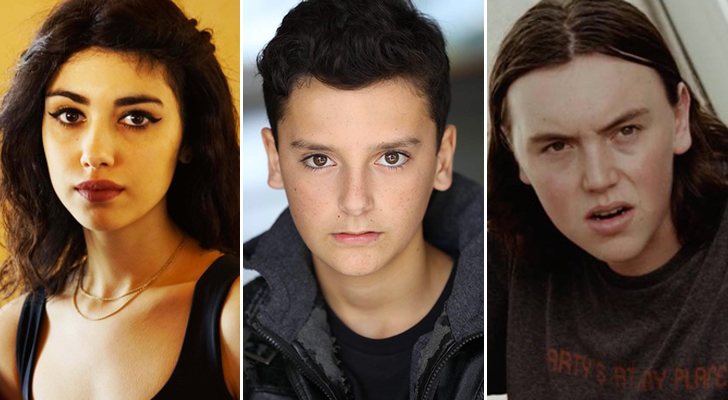 With two successful and ongoing series, AMC introduces another into their The Walking Dead universe.  This latest, untitled series is said to focus on two female protagonists as they grow up in their apocalyptic world.  The production for this new series was announced in April, but AMC didn’t say anything of the cast… until now.

According to Variety, AMC has casted Alexa Mansour, Nicolas Cantu, and Hal Cumpston as three of the leading characters.

At just 23 years old, Alexa Mansour is known for How to Get Away With Murder and Unfriended: Dark Web.  In addition, she has also had parts in Seal Team, The Resident, Bull, Madam Secretary, and Law & Order: SVU.  In this new spinoff series, she is said to play “a good-natured rule breaker who lives for today” (Variety).

So the question remains: who will be cast as the other female lead?

Being a bright kid, at just 15 years old, Nicolas Cantu has voiced characters in the animated shows of The Amazing World of Gumball, Sofia the First, Future-Worm!, and Lego Star Wars: The Freemaker Adventures.  He also has other T.V. credits for the live action shows The Good Place, Sydney to the Max, and Bizaardvark.  His character is “said to be small for his age in addition to being friendly and an old soul. He also has a black belt in karate” (Variety).

And last, but not least is Hal Cumpston.  He is known for Bliched, for which he wrote, produced, and acted in.  The character he will play is said to be big for his age. He is a shy loner that scares some kids, but he hates the fact that he scares people” (Variety).

Even though the comic book series for The Walking Dead has ended after nearly two decades, these three series will ensure that there will be lots more walker smashing.  The Walking Dead is currently filming its tenth season, while Fear the Walking Dead is in its fifth.  This new, untitled spinoff will begin production this summer and plans to premiere on AMC in 2020.  It will be filmed in Virginia and have a total of ten episodes to start off its first season.

As if a new series wasn’t enough, AMC is also developing a set of three movies that will feature Andrew Lincoln’s Rick Grimes return.

The co-creators of this new series are Scott Gimple, who is the chief content officer of The Walking Dead universe, and Matt Negrete, who has been a writer and producer on The Walking Dead for its past five seasons.

Who else would you like to see in this new series of The Walking Dead universe.  Tell us in the comments!