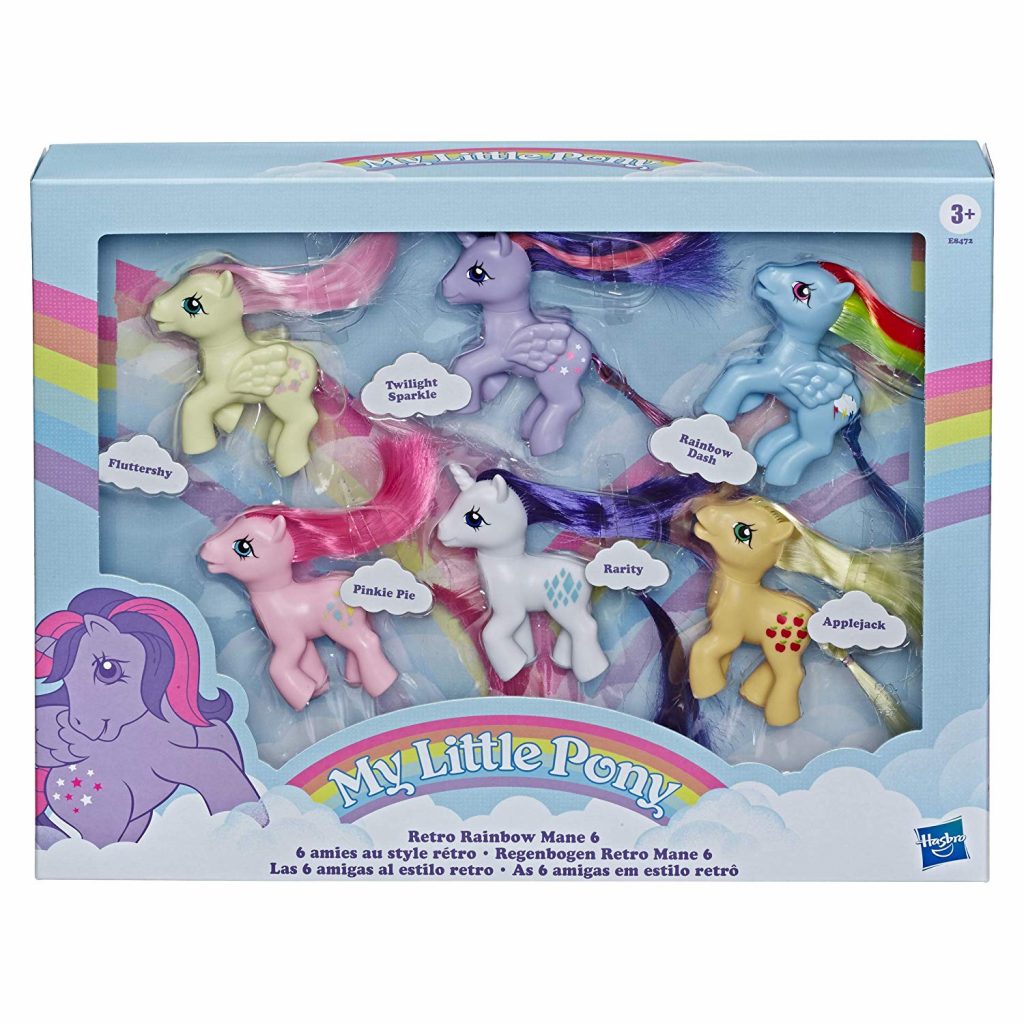 They have been releasing the retro My Little Ponies for a while now. Usually which you can find at Target on the 80’s retro end cap. They have also been mashing up styles between the old and new by making a promotional Stranger Things Upside Down Applejack. But now it appears that they are broadening their releases and now have an Amazon exclusive with the Mane Six retro style!

They have everyone created between a G1 and G3 look. The size of the ponies are 3 inches which was the standard for Generation 3 in the 2000’s. The cutie mark on the figures are their original symbols but more intricate. So rarity instead of having three diamonds she now has 10. These ponies also have rooted hair to help throw back to the 80’s.

They retail for $24.99 which averages out to $4.19 each pony. That is a steal because separately they would most likely cost $7-$10 each. The set will be released on September 1st and you can preorder now if you click the link here.