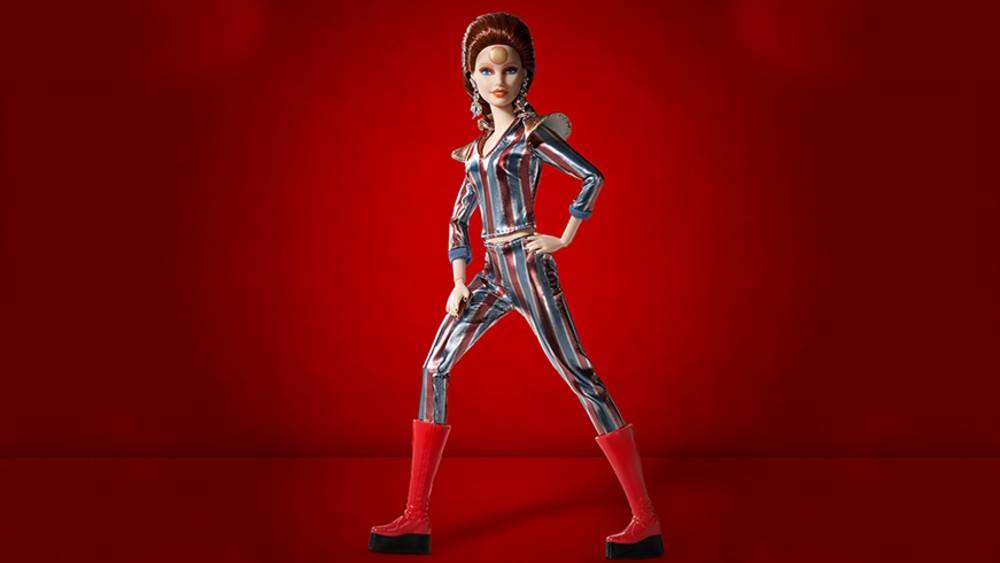 Ever since her creation in 1959, Barbie has been made up into a lot of different icons and celebrities, but none stand out quite as much as this one.

That’s right, Barbie is about to be made up into David Bowie’s alter ego, Ziggy Stardust, and I’ve got to say, this doll looks pretty damn spectacular! For this look, we see Barbie in Ziggy’s iconic striped suit, big stompin’ red platform boots, flaming red tuft of hair, giant dangly earrings, and signature gold circle right in the middle of her forehead.

The doll retails for $50 and is already sold out! But don’t fret, it is still available on back order on the Barbie website.

This coincides with a resurgence of David Bowie memorabilia which has come out after his death in 2016. Also offered as of late were some David Bowie kicks that any fan totally needs. You can check them out in the article below.