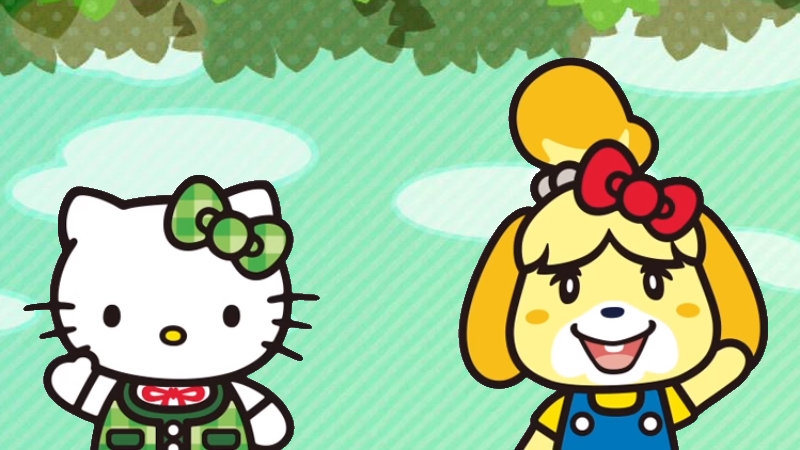 Animal Crossing: Pocket Camp is about to experience a fabulous new makeover! Hello Kitty and her Sanrio friends will be featured on in-game items beginning July 11! The items are the result of a new collaboration between Sanrio and Nintendo.

Beginning on July 11, Hello Kitty and Cinnamoroll will be the first two Sanrio characters featured. They will appear on in-game items such as clothing, beds and sofas. All Animal Crossing: Pocket Camp players will receive a free Hello Kitty bow. From July 11-22, players can participate in a Gyriodite scavenger hunt that will allow them to craft “limited-time in-game Hello Kitty amenities and Sanrio Characters tees.” Additionally, players can also receive Sanrio items at random from fortune cookies in the Sanrio Characters Craft Collection.

After July 22, items featuring My Melody and Pompompurin will then arrive in the game. Finally, August will bring items featuring Keroppi and Little Twin Stars. This means players will have the opportunity to jump into the game and earn items during the times in which their favorite character is available. This isn’t the first time Animal Crossing fans have seen Sanrio characters though. A number of the character were featured through special Amiibo cards in Animal Crossing: New Leaf. However, this is the first time fans have seen Sanrio characters introduced to the game on this scale.

Animal Crossing: Pocket Camp is available for free on Android and iOS devices.