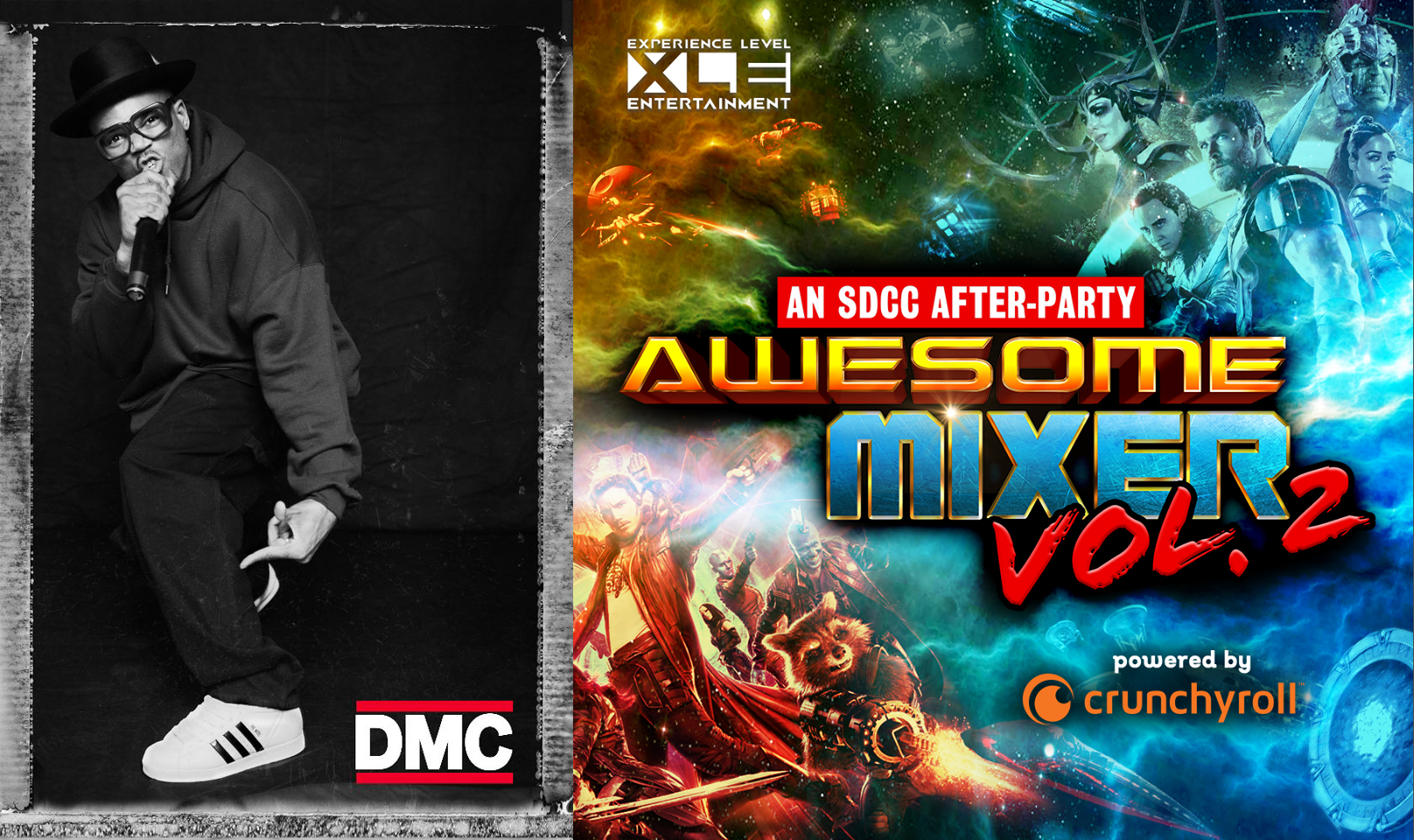 This years San Diego Comic Con’s Nightlife keeps getting better and better. And Awesome Mixer Vol. 2 on Friday July 19th has just announced the first couple guests on their list!

Darryl “DMC” McDaniels is a legendary musician. For more than 30 years he’s been an undeniable influence on pop culture while remaining at the forefront of hip hop history. As a founding member of Run DMC, he is used to being an innovator and has most recently turned his creative talents to publishing comics under his Darryl Makes Comics brand. @kingdmc

Dan Fogler made his Broadway debut when he originated the role of William Barfée in The 25th Annual Putnam County Spelling Bee, for which he won the Theatre World Award for the original off-Broadway production and the Tony Award for Best Featured Actor in a Musical in 2005 for the original Broadway production. Amongst the Comic Con crowd, Dan is most well known for his appearances as Jacob Kolwalski in J.K. Rowling’s Fantastic Beasts films and his current role on The Walking Dead. @danfogler

There is still time to grab your tickets to the party. Even if you couldn’t get into Comic Con this year you definitely won’t want to miss the chance to experience the night life.