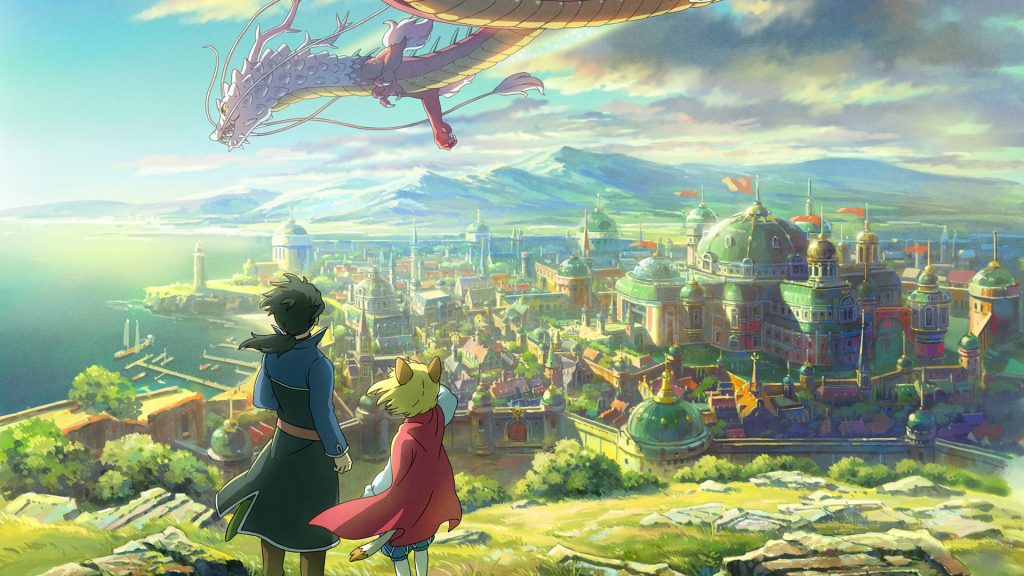 Are you ready for some more Ghibli-esque RPG goodness? If so, then there is reason to rejoice! A third title in the Ni No Kuni series is currently in development.

Recently, Japanese business magazine Nikkei did an interview with Level-5 President Akihiro Hino. Level-5 is the developer behind Ni No Kuni titles. During the interview, Hino discussed the Ni No Kuni movie releasing in Japan on August 29, a mobile app, and a new game for the franchise. Hino confirmed that the next game would be releasing at some point after the movie, though he didn’t provide any specifics.

This new drops after Bandai Namco announced a remastered version of Ni No Kuni: Wrath of the White Witch for Nintendo Switch, PC, and PS4. The remaster will release this September. The remastered version of the first title was available to demo for some participants at this year’s E3. Level-5 admits that all of its recent Ni No Kuni projects are an attempt to grow the franchise into a larger one.

Whether you are new to the franchise or not, a new Ni No Kuni title is a new opportunity to experience a fantastic RPG. So go ahead and brush up on the franchise by playing the remaster in September. You could always go back and play the second title as well. After all, you will want something to tide you over until you can jump into this new fantastical sequel.